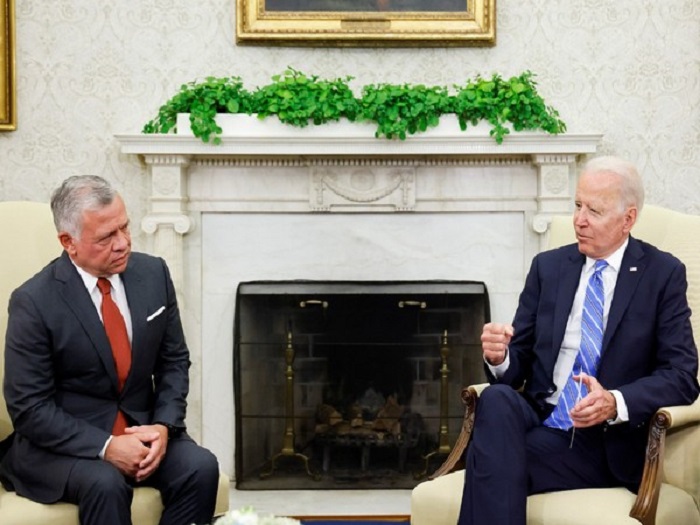 Washington: US President Joe Biden and Jordan's King Abdullah during a meeting at the White House discussed US support to modernize Amman's fleet of F-16 fighter jets, the White House said in a press release.

"The leaders reflected on the strategic US-Jordan defence relationship," the release said on Monday. "They discussed US support for the modernization of Jordan's fleet of F-16 fighter jets, which will allow for greater interoperability and effectiveness of the Jordanian Armed Forces." Biden and Abdullah also discussed significant challenges in Syria, especially on efforts to ensure humanitarian aid reaches Syrians, the release said.

Biden also underscored opportunities to stabilise the Middle East and he conveyed support for talks between Jordan and the new Israeli government.

The Biden administration intends to strengthen bilateral cooperation in multiple areas in the coming months, including on economic matters, the release said.