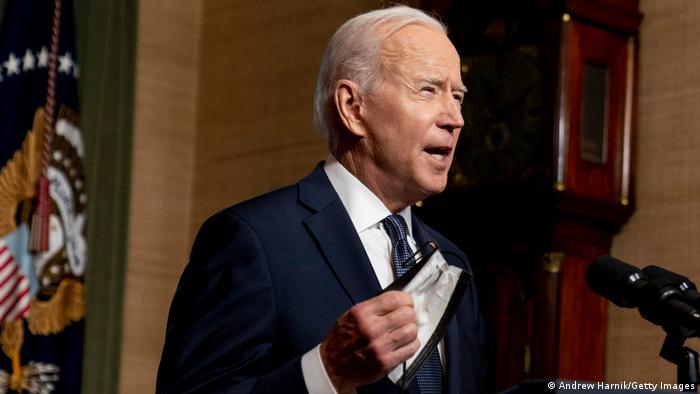 Biden has vowed to end America's "longest war" in Afghanistan

Washington: US President Joe Biden on Thursday confirmed that the US military drawdown in Afghanistan will conclude on August 31.

Talking about US drawdown efforts in Afghanistan, Biden in a press briefing said, "When I announced drawdown in April, I said we would be out by September, and we are on track to meet that target. Our military mission in Afghanistan will conclude on August 31. The drawdown is proceeding in a secure and orderly way, prioritizing the safety of our troops till they depart."

"Our military commanders advised that once I made the decision to end the war. We needed to move swiftly, to conduct the main elements of the drawdown. And in this context, speed is safety and thanks to the way in which we have managed. Our drawdown, no one, no one US Forces have been lost. Conducting our drawdown differently would have certainly come with an increased risk of safety to our personnel," added Biden.

Earlier, Biden has set a deadline of September 11 for the final pullout of the few remaining troops from Afghanistan. Talking about the early exit from Afghanistan, he stressed, "To me, these risks were unacceptable. There was never any doubt that our military performed this task efficiently and with the highest level of professionalism. That's what they do and the same is true of our North Atlantic Treaty Organisation (NATO) and partners who have supported."

Regarding the objectives of the war in Afghanistan, he stated, "As I said in April, the US did what we went to do in Afghanistan, to get the terrorists who attacked the US on 9/11 and deliver justice to Osama Bin Laden and to keep Afghanistan from becoming a base in which attacks could be continued against the US."

"We achieved those objectives. That's why we went," stressed Biden.