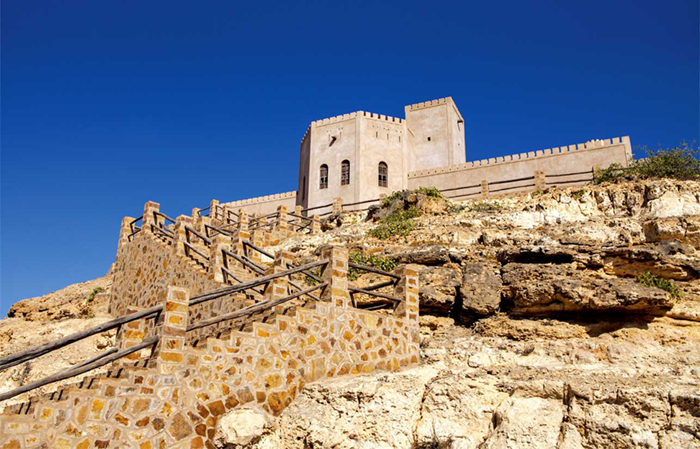 Lying 30 kilometres away from Salalah in Dhofar governorate, Taqah is known for its archaeological sites, breathtaking landscape and geological diversity. It is the second largest city of the governorate and is well known for its mountains, water features, caves and white beaches.

Taqah Castle in the middle of the city is 33 kilometres away from Salalah. It is built in Arab Islamic style in terms of shape, design and decor. The castle is one of the most popular landmarks in the Dhofar region. Built in the 19th century it was later renovated and reopened as a museum in 1994. The rooms in the castle display cultural artefacts thus illustrating the traditional Omani way of living. It also contains ancient weapons, cookware, handicrafts, and some other interesting exhibits.

The terracotta potteries and porcelain bowls and plates that were obtained through trade with China, India, Europe and Zanzibar are not to be missed.  The white sandy beaches of Taqah are stunning.  Wadi Darbat is located in the east of the wilayat of Taqah at a distance of 7 kilometres, where Sidr trees and many large shady trees are spread on its sides. Wadi Darbat is well connected to the historical area of Samahram.