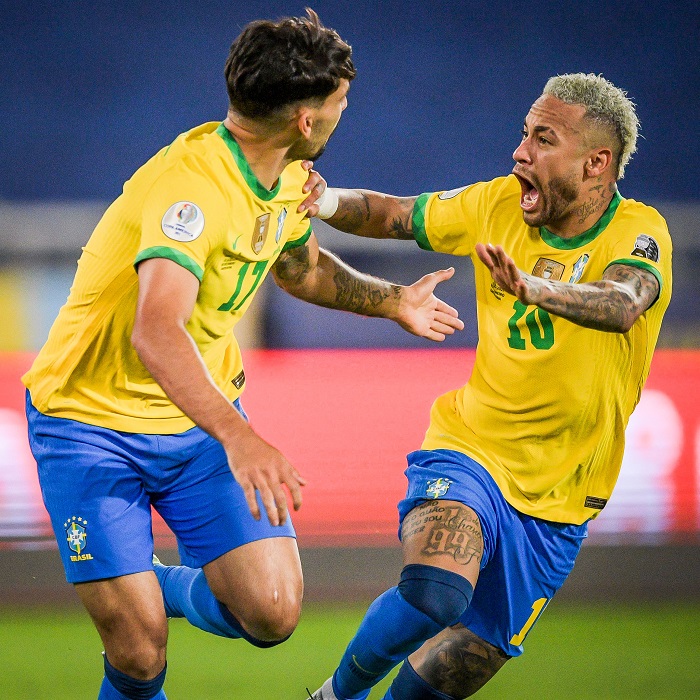 Brazil's defence managed to hold off Chile and in the end, the hosts walked away with a 1-0 victory.

With this win, Brazil has now entered the semifinals of the ongoing tournament. The only goal of the match came in the 46th minute as Paqueta netted the ball into the goalpost, giving Brazil 1-0 lead. No more goals were scored in the first half and as a result, Brazil went into halftime with a 1-0 cushion.

In the opening minutes of the second half, Brazil was given a big blow as Gabriel Jesus was sent off as he was given a red card by the match referee.

However, Brazil's defence managed to hold off Chile and in the end, the hosts walked away with a 1-0 victory.

In the other quarterfinal, Peru defeated Paraguay 4-3 on penalties to enter the semifinals of the ongoing tournament.

The normal match action had finished in a 3-3 tie and as a result, the match eventually had to progress to penalties.

Later in the day, Uruguay will clash against Colombia in the quarterfinal while in the second quarterfinal of the day, Argentina will lock horns against Ecuador.