A young man builds a flyover bridge in Dhank 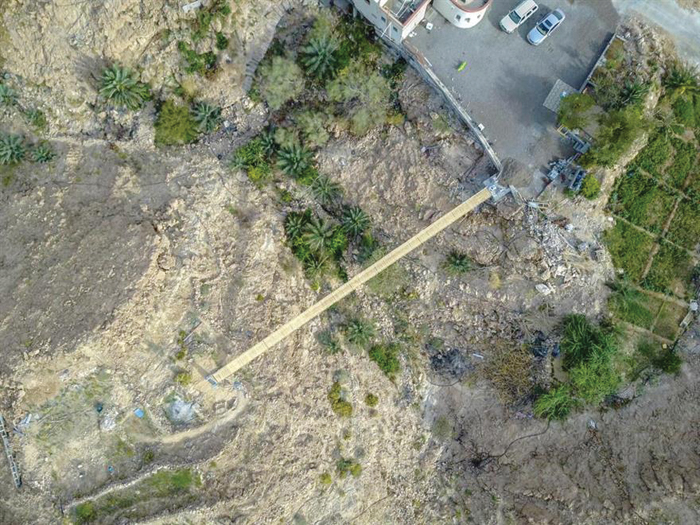 Al Mahan bin Said Al Zaidi from Wadi Fada, a young man from the Wilayat of Dhank has
managed to build a flyover bridge of 40 metres in length and 13 metres in height using
wires of almost one kilometre to ensure safety measures.

"The purpose for establishment of the bridge was to reach our farm at the other side as it was established in our own property," he said. The search for suitable materials for the project was one of the challenges we faced, he said. It took us time to decide on the best material. We used anti-rust steel for the bridge. The bridge can bear up to 35 tonnes, he said adding that it was established at the cost of OMR 2000.