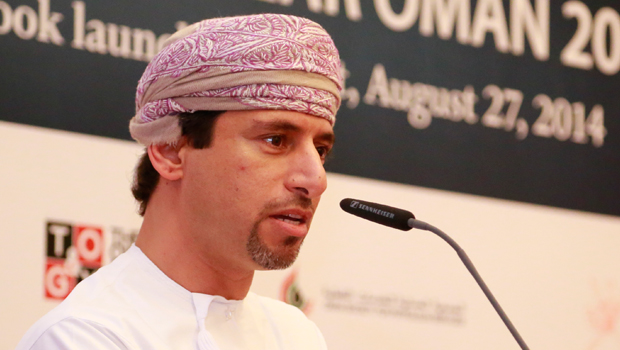 Muscat: Oman government plans to start tendering of around five oil blocks sometime in October this year, a senior official at the Ministry of Oil and Gas told Times of Oman.These oil and gas blocks spread in different parts of the country will be awarded, after a tending process, on production sharing basis.
“There are a number of locations. We are evaluating few of them and in October we will go to the market. I would probably say an average of five, but we (may) have more or less, depending on the readiness of data collection and evaluation,” Eng. Salim bin Nasser Al Aufi, undersecretary at the Ministry of Oil and Gas, said, on the sidelines of a function organised by BP to honour small and medium enterprises.
Although these blocks have both oil and gas deposits, these are predominantly oil blocks.
Presently, majority state-owned Petroleum Development Oman contributes 68 per cent of Oman’s total crude oil production, while the remaining 32 per cent are contributed by national and multinational oil firms.The average crude oil production target this year is estimated at 990,000 barrels per day, slightly higher than 980,000 barrels per day in 2015. The country’s average daily crude oil production in January-February period exceeded this target at one million barrels per day. However, oil production declined in March due to heavy rains, but it recovered to 994,303 barrels per day the following month.
Oman government directly or indirectly holds stake in several major oil producing firms, including Occidental Oman, in the country. As huge investment is required for bringing oil above the ground in view of the peculiar nature of reservoirs in Oman, the government has been encouraging multinational firms to undertake exploration on production sharing basis.
Asked about whether the recent slump in oil prices is affecting attractiveness of multinational firms to invest in Oman, Eng. Al Aufi said; “We have to be smart in negotiation. We need to recognise that companies will be using lower oil production forecast when they bid and to be smart enough to accept it today. Also, we have to introduce mechanisms in such a way that we gain from the deal when oil prices go up.”