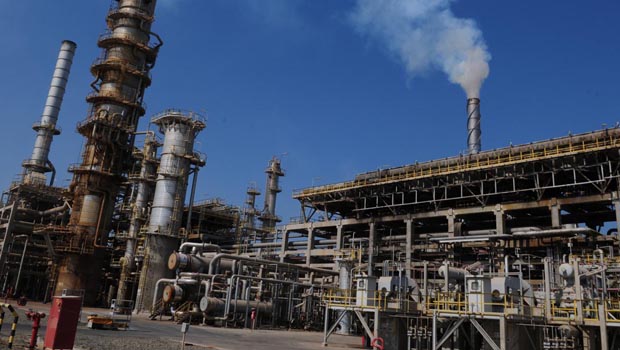 Muscat: Oman’s refineries will enhance production of regular grade petrol and reduce output of super grade petrol to match a growing demand for the former product in recent months, undersecretary at the Ministry of Oil and Gas told journalists here on Tuesday.
Market demand
“We have to match it (a higher demand for regular petrol). Whatever the market needs, we will supply,” said Eng. Salim bin Nasser Al Aufi, Undersecretary at the Ministry of Oil and Gas. He was talking to the media on the sidelines of a function organised by BP to honour promoters of small and medium enterprises.
Consumption of relatively cheap regular petrol tripled in Oman, mainly on an account of the difference in price, after deregulating prices of petroleum products early this year. Super grade petrol costs 180 baisas per litre, while regular is available for 170 baisas per liter in June.
Growth in consumption
Eng. Al Aufi said traditionally 90 per cent of consumption in Oman is super grade (M95), while regular petrol (M90) constituted only 10 per cent of overall consumption. “(However), we have seen a reduction in super grade and a major growth in demand for regular grade.”
According to latest data from the National Centre for Statistics and Information (NCSI), the Sultanate posted a 127.3 per cent year-on-year increase in the production of regular (90) petrol in the first quarter of the current year with output surging ahead to 1.72 million barrels compared with 758,900 barrels produced for the same period of last year.
Super grade petrol
However, super grade petrol output posted an 11.1 per cent fall to 4.62 million barrels from 5.20 million barrels in the first quarter of 2015.
The undersecretary also noted that there is no (scientific) proof on the harmful environmental impact of regular grade petrol. The difference between these two grades are only on burning efficiencies.
He also said that the refineries in Oman are planning to produce a better quality M91 petrol grade to replace M90 this year. The Sultanate’s two refineries – Mina Al Fahal in Muscat and Sohar refineries – are owned by Oman Oil Refineries and Petroleum Industries Company (Orpic).