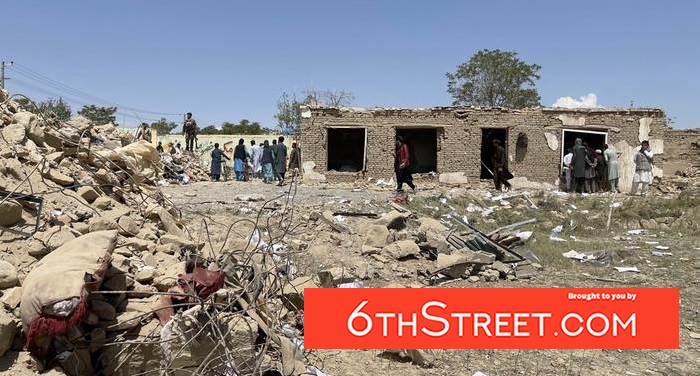 Most of the dead were children, spokesman Shayeq Shoresh said.

The attack happened in the district of Tagab, in Kapisa province, which has seen intense clashes between Afghan government forces and Taliban militants.

Shoresh said the militants had aimed the mortar at an army checkpoint but the shell had missed and hit the wedding ceremony. The insurgents denied they were responsible, instead blaming government forces for the strike on the civilian house.

In a separate attack, six security forces were killed in a roadside bombing near a railway in the country's western Herat province on Saturday.

Meanwhile, at least four people were killed and 11 others injured after a roadside bomb hit a bus carrying students and university lecturers in the northern Parwan province. The so-called Islamic State militant group claimed responsibility for that attack on Sunday.


Fighting has intensified in Afghanistan since the US and NATO began withdrawing their troops. US President Joe Biden has said he would pull out all American troops by September 11, 2021, at the latest.

The decision to leave Afghanistan after a troop presence spanning 20 years has led to concerns the Taliban could retake control from the Western-backed government in Kabul.

Taliban insurgents carry out frequent attacks on government forces across the country, with civilians often caught in the crossfire.

Nearly 1,800 Afghan civilians were killed or wounded in clashes in the first three months of 2021, according to the United Nations. That's a 29% increase compared to the same period last year.