Trump and Clinton would (mostly) do what they say 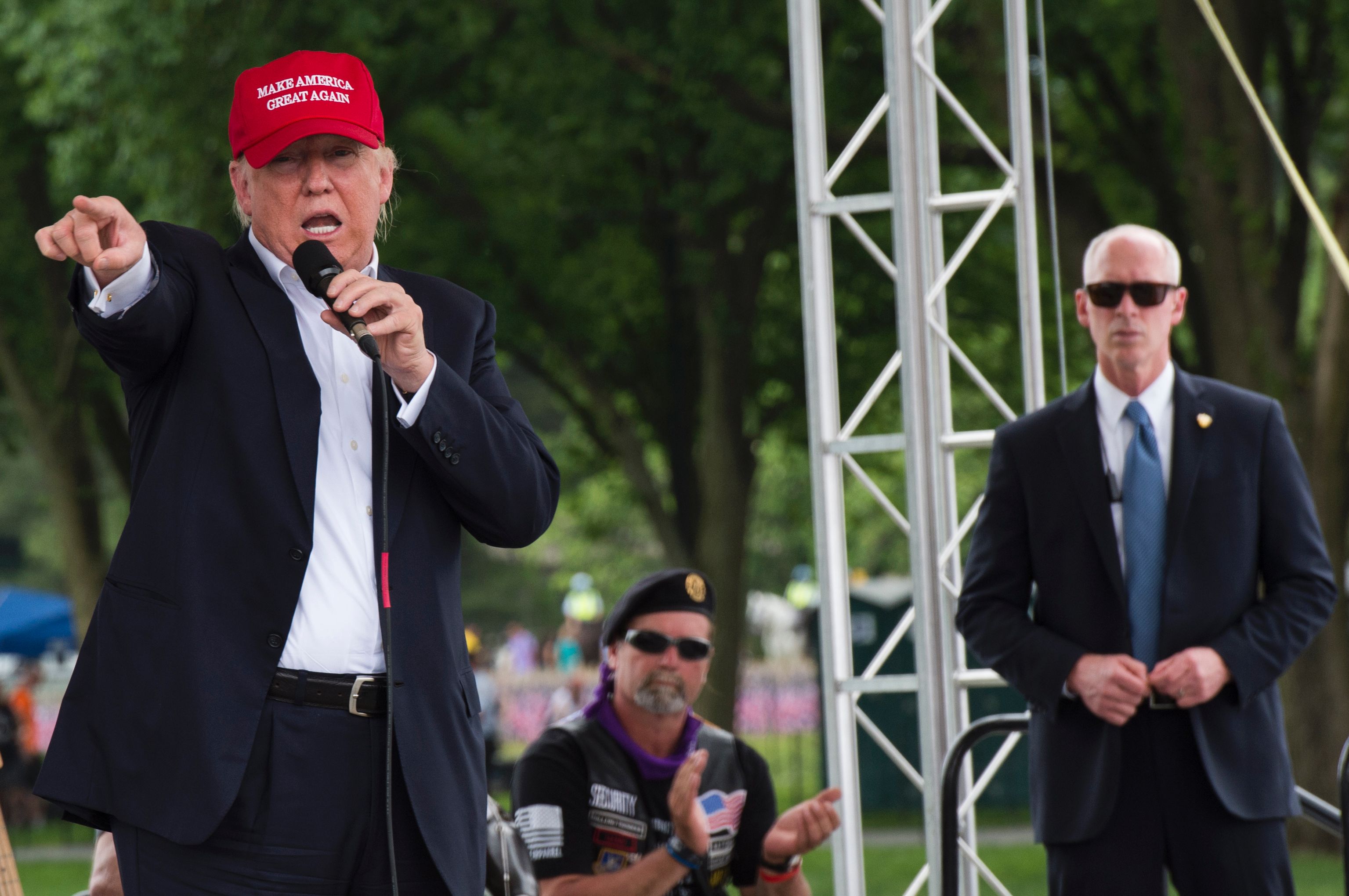 A number of Republicans rationalse Donald Trump's proposals on immigration and trade as just political show. Similarly, some free-trade Democrats suggest that Hillary Clinton's protectionist stance is merely rhetoric.
They are deluded. Academic research and recent history show that newly elected presidents try to hew closely to their campaign commitments.
"New presidents actually believe they have a mandate, feel empowered," says Shirley Anne Warshaw, a presidential scholar at Gettysburg College. "There is no reason to think it would be any different this time."
Thus, politicians and voters should assume that a pesident Trump would start deporting millions of undocumented immigrants and building a wall along the Mexican border, threaten China with a trade war, roll back regulations concerning Wall Street and the environment and make nice with Vladimir Putin.
The assumption should be that a pesident Clinton would seek to boost taxes on the wealthy, initiate a plethora of new social programmes that fall well short of what Bernie Sanders has advocated and stymie the proposed Trans-Pacific Partnership trade accord.
There was some skepticism whether, as candidates, Ronald Reagan and George W. Bush were serious about their huge tax-cut proposals. They were. Or whether Barack Obama really would push to overhaul the health care system. He did.
Sometimes presidents follow campaign commitments that are politically risky. Some presidents need to be dragged into breaking an unwise promise. It took George H.W. Bush almost two years to abandon his no-new-taxes pledge. The 1990 budget deal, with tax hikes, had two effects: it helped usher in the economic good times of the 1990s and cost Bush politically.
Trump, who has railed against politicians who don't keep their promises, could be expected to start deporting 11 million undocumented workers. He says he'd do so over two years without specifying how he would cover the astronomical costs. He would also try to start building the wall along the US' southern border, though it would cost much more than he estimates and he won’t be able to compel Mexico to pay for it.
On trade, international and domestic laws would limit his ability to make good on his vow to impose huge tariffs on Chinese or Mexican goods. He could try to circumvent these restrictions by invoking presidential powers in responding to an "unusual and extraordinary threat."
Under a Trump administration, Wall Street and environmental regulations would be rolled back: He could be expected to tap industry-friendly regulators and get Congress to starve funding for the affected agencies and obtain some legislative changes.
Trump's foreign policy isn't clear to most, though he seems to have given little thought to the subject as his pronouncements are mostly generic: Other countries need to bear more of the burden for their own defense. There are some unconventional views: He has spoken of his admiration for Putin. The president can take military action against a perceived threat and Trump might not be shy in doing that.
In the case of Clinton, some Wall Street backers say her proposals and tougher rhetoric on banks are just a political response to Sanders, her Democratic rival. Don't bet on it. But you can bet that she'll push hard to raise taxes on the wealthy.
On trade, there is a view among some of her policy and business supporters that she really is a free trader and that her opposition to Obama's Pacific trade pact and her pledge to renegotiate the North American Free Trade Agreement are just political gesturing. In reality, she wouldn't back down and the TPP is dead if it isn't enacted in a lame-duck session after this year's election.
Trump lacks a lot of policy specifics, but both he and Clinton have laid out a road-map of where they want to take the country. Voters should take them seriously. - Bloomberg View