Shura Council refers a number of proposals to State Council 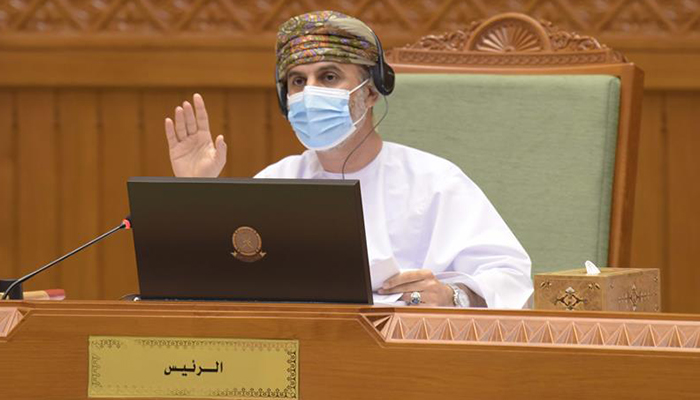 Muscat: The Shura Council approved on Monday a proposal to create an article in the Traffic Law to deal with the right of a vehicle owner to permanently cancel the registration of his vehicle, or temporarily suspend its operating licence.

The Shura Council also referred to the State Council the proposals of amending the Pasture and Livestock Management Law issued as per the Royal Decree No. (8/2003), and the proposed draft law of the regular court, and a proposal for a bill to amend some provisions of the Advocacy Law.

The decisions came at the tenth regular session of the second annual session (2020-2021) of the ninth period (2019-2023), which was chaired by Khalid bin Hilal Al Ma’awali, Chairman of the Shura Council, in the presence of the Shura members and Sheikh Ahmed bin Mohammed Al Nadabi, Secretary General of the Council.

During the session, the Council briefed its members on the unified draft law, regulation for combating commercial fraud in the countries of the Cooperation Council for the Arab States of the Gulf.