Those with illegal money to be prosecuted: Jaitley on Panama Papers 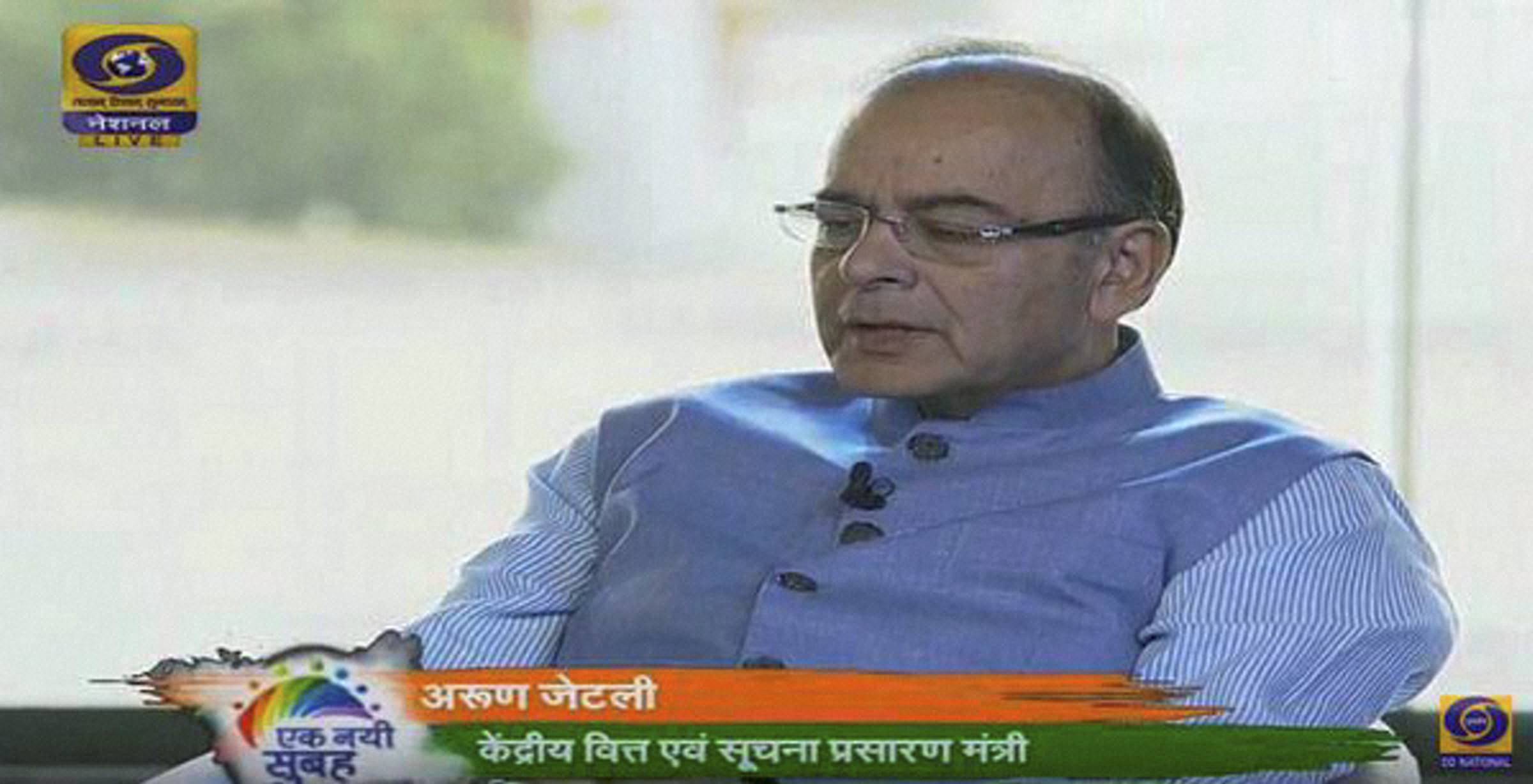 New Delhi: Warning of strict action against people stashing black money, India's Finance Minister Arun Jaitley on Saturday said prosecution would be initiated against those found to have parked funds illegally in accounts named in 'Panama Papers'.
"If illegal money is found in accounts of those who are named in Panama case, then they will also be prosecuted as in case of HSBC accounts," he said at a gala event organised by the government to celebrate the Modi government's two years.
Hundreds of Indians have been named in the leaked 'Panama Papers' about entities having accounts in offshore tax havens. Jaitley said the government came out in the last fiscal with a law to deal with black money stashed abroad and was now focusing on domestic black money.
Stating that those failing to make the disclosure under this scheme face imprisonment up to 10 years, Jaitley said the law to deal with black money stashed abroad has yielded about Rs 40 billion.
Answering questions on economy, Jaitley said a good monsoon will give further boost to growth. With a helpful global economic scenario, he said, India can achieve 8-9 per cent growth rate, but it would be difficult to achieve this rate in a slowing world economy.
"The economy is growing this year, which we also call green-shoots... If monsoon is good this year, then rural economy will get boost and overall India's economy will benefit," he said.
"First time, India has emerged as the fastest-growing major economy in the world. We are growing at 7.5 per cent. Compared to other countries we are growing at a faster rate, (but) it is still below our expectation.
"If world economy growth helps our economic growth, then country's growth (will) increase. In a fast-growing world, we can grow at 8-9 per cent. If world is growing slowly, then it is a difficult challenge to achieve 8-9 per cent growth," he added.
As regards the domestic black money, the four-monthcompliance window will open on June 1 and will provide an opportunity to such people to come clean by paying a tax and penalty of 45 per cent. Jaitley said the government has taken action against those who had illegal accounts in Liechtenstein, a tax haven, and HSBC.
"Taxation authorities completed assessment of those people and filed criminal cases against those who had stashed money illegally in Liechtenstein," he said.
"We signed agreement with Switzerland and got details of those people (having accounts in HSBC). We completed assessment of those people who had accounts in HSBC, Switzerland. We assessed Rs60 billion black money which was in HSBC. We filed criminal cases against them," he added.
Talking about macroeconomic trends, Jaitley said a low global demand is a problem as global trends impact the domestic market scenario. "Urban demand is on rise in India. Sales of automobiles, cement are going up, so the urban demand is increasing. I think, real challenge is to increase the rural demand," he said.
Referring to issues related to taxation, Jaitley said, "Goods and Services Tax (GST) will lead to economic integration of India. It will also bring taxation rate down in long-run. It will make the economy more competitive and it will also add to larger revenue (collection). Hopefully it will also add to the GDP itself."