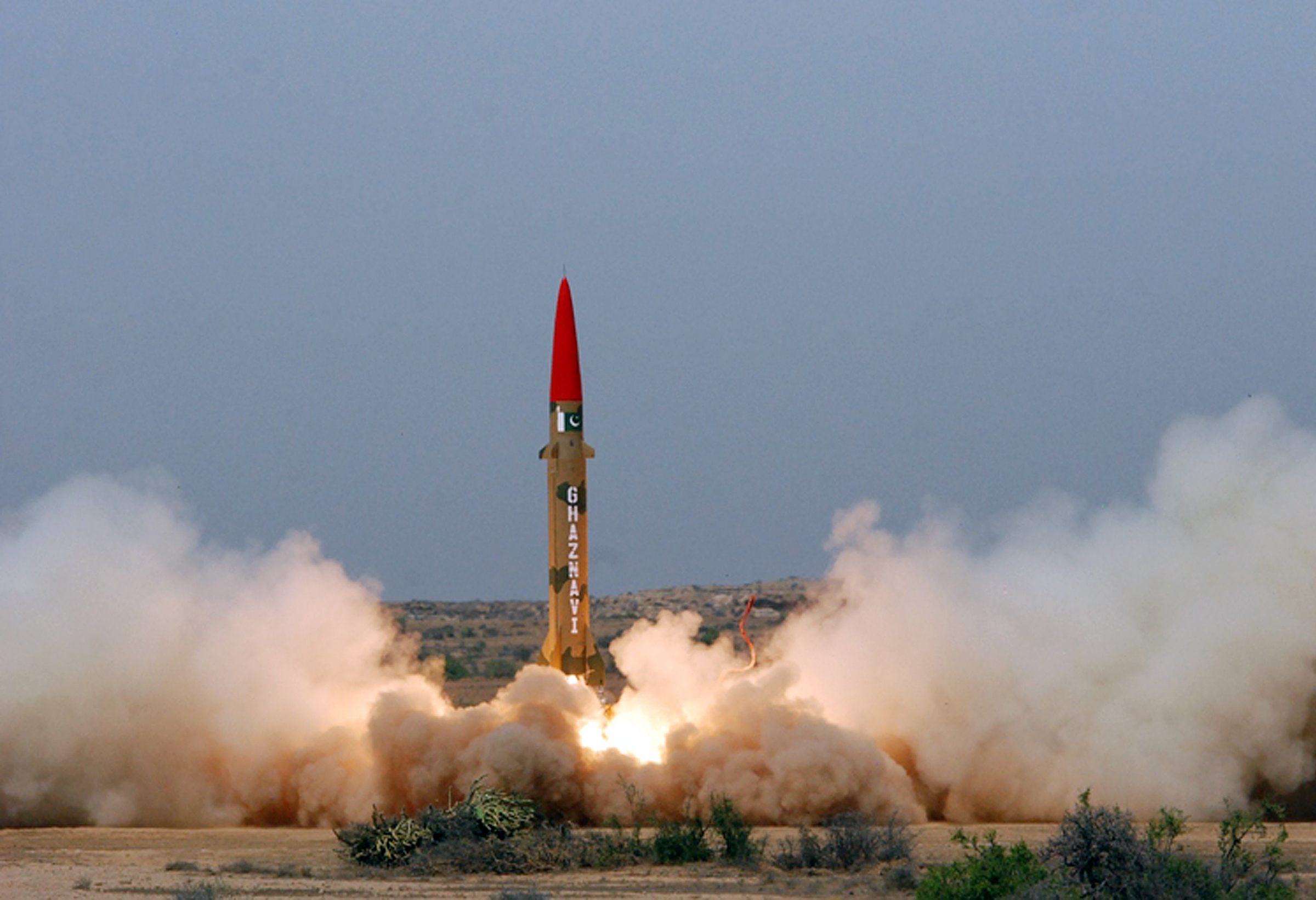 Following Pakistan’s formal application for the membership of the Nuclear Suppliers Group (NSG), an elite 48-nation club, the stage is set for an interesting showdown next month in South Korea.
Until now Islamabad’s push was considered a far-fetched dream — and it may yet remain on the threshold — but for the intriguing geo-political pitch which has gained traction because of an apparent nuclear zero-sum regime in South Asia.
But both India and Pakistan’s cases are aligned to geo-political considerations and while India has lobbied with considerable headway in engaging most global powers, China appears unwilling to accede despite two summit meetings between Prime Minister Narendra Modi and Chinese President Xi Jinping.
China, many pundits suggest, would relent only if Pakistan was allowed the same leeway.
Earlier this month, in a letter addressed to the NSG chairman, Pakistan’s ambassador to Austria, emphasised that the country had the expertise, manpower, infrastructure and the ability to supply NSG-controlled items, goods and services for a full range of nuclear applications for peaceful purposes.
“Pakistan attaches high priority to nuclear safety and security. It has taken legal, regulatory and administrative measures to bring nuclear safety and security at par with international standards,” the letter said.
Pakistan’s civilian nuclear facilities are already placed under International Atomic Energy Agency safeguards.
Recent reports, including in The Washington Post, have speculated the US is considering a civilian nuclear deal with Pakistan along the lines it signed with India, but officially, Washington remains mum.
But it is the lead-up to the NSG meeting that may factor in hugely whatever the decision.
Following India’s testing of nuclear-capable K-4 Submarine-Launched Ballistic Missiles (SLBMs) from its nuclear-powered submarine Arihant — as part of its efforts to develop second-strike capability — and Advanced Air Defence Missile Ashwin — for its multilayered Ballistic Missile Defence system — this month, Pakistan is considering tabling a resolution at the UN General Assembly later this year to call for making the Indian Ocean a nuclear-free zone.
In a policy statement made in the Senate, Sartaj Aziz, Advisor to the Prime Minister on Foreign Affairs, declared the developments “a threat to the maritime security of the Indian Ocean Region’s 32 littoral states” and pledged to raise the issue with all world powers at all fora.
An official of the powerful Strategic Plans Division (SPD), which serves as the secretariat of Pakistan’s National Command Authority, said last week that India’s bid to secure a second strike capability will leave Islamabad no option but to follow suit.
All indicators however, suggest Pakistan may already be down that path as claimed by a former defence secretary associated with the country’s deterrence programme last year!
The second strike capability is of great importance particularly, for the smaller neighbour with greater land mass to cover. The general impression until now had been that Pakistan’s deterrence regime was confined to a first-use. In the hypothetical event of its land-based nuclear arsenal being neutralised, the game would have been up. Not so, if the latest claim holds water.
But while the two nuclear powers of the subcontinent remain locked in a battle of wits, interestingly, doubts have been expressed about the accuracy and depth of their second strike prowess.
While unconfirmed accounts pertaining to Pakistan’s second strike capability float — perhaps, a touch exaggerated, Petr Topychkanov, a Russian nuclear expert from the Carnegie Moscow Centre’s Non-Proliferation Program, suggests Pakistan’s much larger neighbour with all its spend will be hard-pressed to defend its territory against missile strikes!
“Even in 10 years and with the huge budgets that India plans to spend on the development of nuclear weapons and capabilities, it is difficult to imagine it will be able to defend its territory from possible strikes from Pakistan in case of conflict,” Topychkanov said at a Strategic Institute Vision seminar entitled ‘Non-Proliferation and Strategic Stability in South Asia: A Russian Perspective’ in Islamabad recently.
But in fears often implied in the context of an unconventional war, he also said a false sense of superiority with regards to the anti-ballistic missile systems taking out an incoming missile from Pakistan could lead to preemption tendencies amongst military planners across the border. Experts also say the short missile flight between India and Pakistan would probably make it impossible to intercept the missiles.
Taking up the cudgels, an editorial in Dawn, Pakistan’s leading broadsheet, questioned the raison d’etre.
“With Pakistan having officially adopted so-called full-spectrum deterrence — itself a reaction to India’s Cold Start doctrine and long-range missile threat — the response to missile defence and nuclear submarines is likely to further complicate the nuclear equation in South Asia,” the paper said.
Asserting that “not every military or nuclear development is worth the price” in reference to the wide chasm in resources edged in India’s favour, the paper warned the two countries of the danger of creating a “new safety, security and chain-of-command issues” in “a significantly more nuclearised South Asia”.
• The writer is a senior journalist based in Islamabad.