Federal Reserve reaction to data barrage is focus for stocks 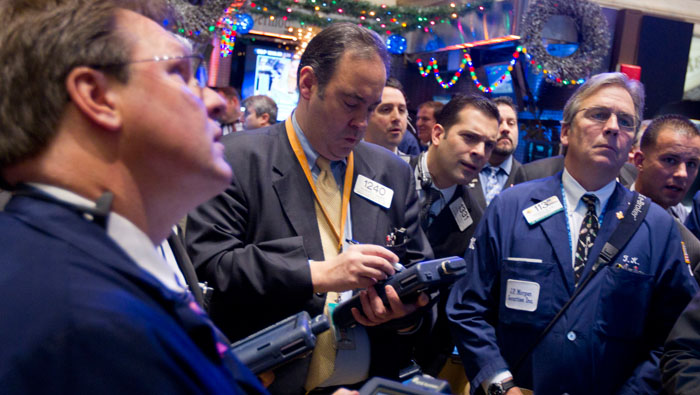 New York: Data on inflation and employment, two of the economic indicators most important to a ‘data-dependent’ United States Federal Reserve are expected next week.
While Fed policymakers will be looking at those numbers as they decide whether to raise key interest rates as soon as June, traders will read through them to try and get ahead of the Fed decision.
For most of the current bull market, stocks have sold off on expectations of tighter monetary policy. But they rose sharply over the past week as Fed-speak turned more hawkish.
The Fed has remained constant in using economic data to decide whether to raise the Fed funds rate. On Friday, Fed chair Janet Yellen said that if current economic conditions hold, a rate hike over the next few months would be ‘appropriate’.
However, stocks have not yet priced in a rate hike in June or even July, according to analysts at Bank of America/Merrill Lynch.
"The vast majority of 'hawkish' industries (which have outperformed when rate hikes have been pulled forward by the market) are still cheap, while most 'dovish' industries (which have outperformed when rate hikes have been pushed out) are still expensive," the bank's analysts said in a Friday note.
They list consumer finance, banks and insurance among industries that appear cheap while beverages, real estate investment trusts and electric utilities still rank as expensive even though they benefit from policy the Fed seems to be walking away from.
Financials led the way on the S&P 500 on Friday. If next week's data continues to point to a hike from the Fed, banks will likely continue to outperform, as higher interest rates mean increased returns for lending, the core of their business.
Shares in the utilities sector were the laggard of the week and could continue to be if investors see a hawkish slant at the Fed. With a dividend yield of 3.5 per cent, the sector is mostly favoured when rates are expected to remain lower for longer.
The Fed's favourite inflation gauge, personal consumption expenditures, is due on Tuesday and is expected to show a 0.2 per cent monthly increase for April. Non-farm payrolls data due on Friday is expected to show the US economy created 164,000 jobs in May.
Besides the big inflation and jobs data, the Fed will get its own numbers out, with the Beige Book of anecdotal information of current economic conditions out on Wednesday.
Though the probability of all data pointing in the same direction is small, a chance of an increase in the manufacturing work-week numbers in the payrolls report, a broad build-up of wage pressure in the Beige Book and a strong reading in the new orders component of the private-sector ISM manufacturing data out Wednesday are key to determining the Fed's next move, according to Brian Jacobsen, chief portfolio strategist at Wells Fargo Asset Management in Menomonee Falls, Wisconsin. "Those three things could line up to make (a rate hike in) June a real possibility," he said.