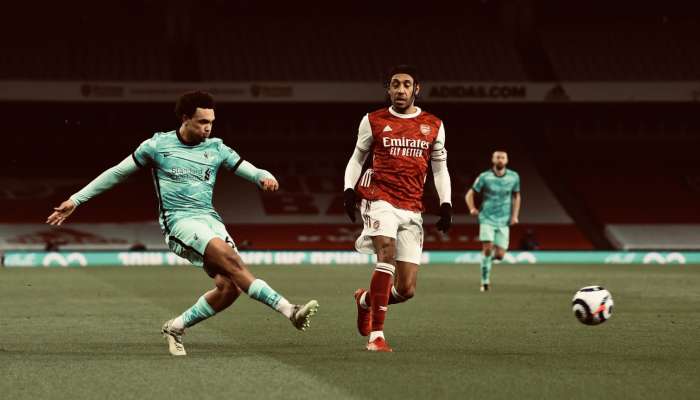 With this win, Liverpool has moved to the fifth place in the standings with 49 points from 30 matches, while Arsenal has slipped to the ninth position with 42 points from 30 games. The first half of the match did not see any goals and both teams went into the half-time with the scoreline being at 0-0.

However, in the second half, Liverpool managed to turn around its fortunes as both Jota and Salah came to the party to give Liverpool a win.

Jota first scored the goal in the 64th minute of the game, and just four minutes later, Salah scored another one, giving Liverpool a 2-0 lead with still 22 minutes odd to the final whistle.

Jota then added another goal to his kitty in the 82nd minute and this gave Liverpool a 3-0 lead. The Reds managed to hang on and Jurgen Klopp's side walked away with a 3-0 victory to move to the fifth spot.

In the whole game, Liverpool had seven shots on target as compared to Arsenal's two. In terms of ball possession, Klopp's side dominated the game as they held on to the ball for 65 per cent of the match.

Liverpool will next take on Aston Villa on April 10 while Arsenal will clash against Sheffield United on April 11.