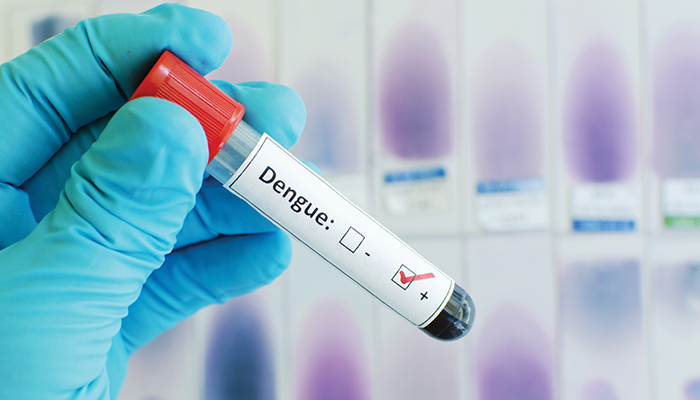 Muscat: Oman and two other countries have joined hands to request the United Nations to do more to combat a group of more than 20 tropical diseases that affect 1.7 billion people across some of the most vulnerable regions of the world.

These afflictions are commonly called neglected tropical diseases (NTDs), and severely affect the health of people in poor communities.

They include conditions such as dengue, snakebites, sleeping sickness, trachoma, and leprosy. If not treated in time, these ailments can be fatal to those who suffer from them.

As part of their efforts to call for increased awareness, the three countries – Oman, Brazil, and the United Arab Emirates – put forth a request in front of the World Health Organization to create an official day each year to mark these tropical diseases.

The WHO Executive Board, in a statement, said it welcomed “initiatives that celebrate the date of 30 January as a day dedicated to neglected tropical diseases, and invites member states and relevant stakeholders to consider taking appropriate measures to continue celebrating that day.”

The request by the three countries will be discussed in May 2021 at the World Health Assembly, added Ashok Moloo, an information officer for the WHO’s Department of Control of NTDs.

World NTD Day was celebrated for the second time this year, and a positive vote at the assembly will make it an official health day in the WHO calendar.

“Despite their diversity, NTDs share a common geographical and social context: their burden is predominantly located in tropical areas across the globe, and they mainly affect resource-poor communities – their correlation with poverty is so close that they are some-times referred to as diseases of neglected populations,” he said. “Such entrenchment among disadvantaged population groups with little public voice contributes to their neglect.”

Some efforts have already been taken to combat these diseases: Under the first NTD roadmap from 2012 to 2020, progress was made by assessing the healthcare needs of poor and marginalised populations and increasing facilities across five areas of public health: largescale treatment programmes, managing diseases that need special focus, vector and ecology management, control of neglected diseases, and improved access to safe water, sanitation, and hygiene.

In 2012, Oman became the first country in the world to be validated for trachoma elimination, paving the way for nine other countries to do so.

“Overall and since 2015, we have managed to treat a billion people for at least one NTD and this continued every year including 2020, when we delivered treatment to more than a billion people,” said Moloo. “Also, the number of people requiring NTD interventions has decreased by 600 million between 2010 and 2020.”

“But despite such progress, many of the targets set for 2020 in the earlier road map were not achieved,” he added.

“The new road map which we launched in January 2021, identifies critical gaps and the actions required to reach the 2030 targets. These include working with countries to provide them with greater ownership of national programmes by working with local governments, including communities.”

Working alongside the WHO is a non-profit called United to Combat NTDs, a group consisting of global health and development organisations, together with companies involved in healthcare.

The group works alongside the World Health Organization and national health programmes to address the burden caused by these diseases.

“They affect some of the most vulnerable people in the world and they cause immeasurable suffering,” said Mona Hammami, a board member for the organisation.

“They debilitate, disfigure, and can be fatal. NTDs create cycles of poverty and cost developing nations billions of dollars every year. But this doesn’t have to be the case. These diseases are preventable and/or treatable.”

Describing some of the NTDs and their impacts, Hammami said, “Examples include trachoma – the leading cause of infectious blindness worldwide. Snakebite is a leading cause of disability worldwide which still kills more than 120,000 people each year. Sleeping sickness is on the brink of elimination, with less than 1,000 cases worldwide. However, if left untreated, it has a mortality rate of close to 100 percent.”