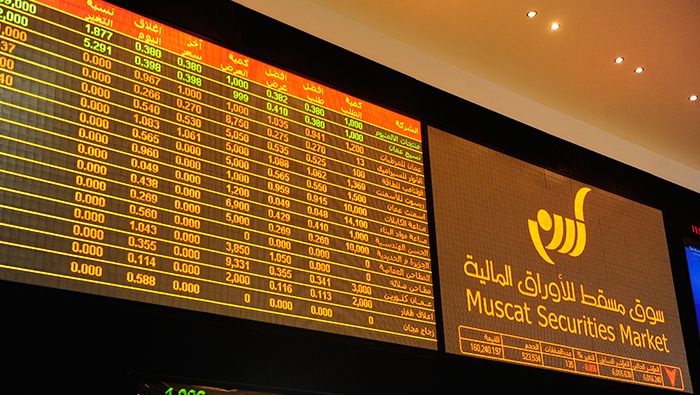 Muscat: After declining for two consecutive months, the Omani stock market witnessed gains during March-2021 that pushed year-to-date performance into the green, according to a new report.

The MSM 30 Index gained 2.7 per cent during the month resulting in a year-to-date gain of 1.4 per cent, the Kuwait-based investment, strategy and research firm, Kamco Invest said.

“Gains during the month came solely on the back of the Financial index that gained 5.0 per cent during the month while the Industry and Services indices declined by 0.1 per cent and 0.32 per cent, respectively,” the research report stated.

However, in terms of year-to-date performance, the Industry index continues to lead with a gain of 7.6 per cent followed by the Financial index at 0.9 per cent while the Services index continued to remain in the red with a decline of 2.9 per cent.

The surge in the Financial Index came mainly on the back of double digit gain in shares of large-cap companies like HSBC Bank Oman and National Bank of Oman (NBO) at 16.7 per cent and 15.4 per cent, respectively, further supported by even higher gain in small-caps stocks including Al Anwar Investment, Muscat Finance and Oman & Emirates Inv.

The 5.8 per cent gain in shares of Bank Muscat also supported the growth that was partially offset by noticeable decliners like Ominvest by 4.8 per cent, Bank Nizwa by 3.1 per cent and OAB by 1.3 per cent.

In terms of total value of sell trades,their share stood at 91.5 per cent in March-2021 against 79.5 per cent during the previous month.

The index gained 2.54 per cent on the last trading day of the month, the biggest single-day surge in more than a year, led by 2.8 per cent gain in TASI (Saudi bourse). Abu Dhabi continued to lead in the GCC in terms of gains that reached 17.2 per cent followed by Saudi Arabia with a growth of 14.0 per cent.

Trading activity in the GCC remained upbeat as well reaching a 9-month high at US$92.2 billion with a monthly increase of 20.5 per cent during March-2021.

The sector performance chart for the month showed healthy gains across the board with all the sectors in the green. The Retailing sector topped in March-2021 with a gain of 10.3 per cent followed  by  Banks  and  Materials  indices  with  gains  of  8.6 per cent and  8.5 per cent.