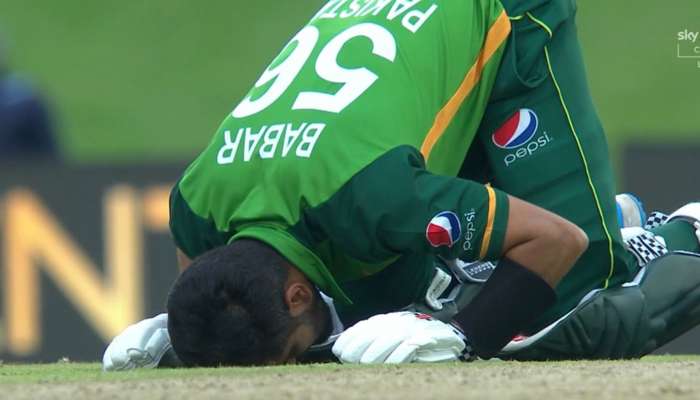 Centurian: Pakistan skipper Babar Azam has added another feather to his illustrious cap as he became the fastest men's cricketer to score 13th centuries in ODI cricket.

Playing in his 78th ODI on Friday, Babar smashed 103 runs to guide his team to a three-wicket win in the first ODI of the three-match series against South Africa here at the SuperSport Park. He surpassed former Proteas batsman Hashim Amla and India skipper Virat Kohli to achieve the feat. Babar has taken just 76 innings to score 13 tons while Amla, who until now was the fastest, had scored his 13th ODI hundred in 83 innings. Kohli had taken 86 innings to score 13 ODI hundreds.

With this thrilling win, Pakistan has taken a 1-0 lead in the three-match ODI series. The second game will be played on Sunday at The Wanderers Stadium in Johannesburg.

After that, the two teams will also play four T20Is.