Brathwaite, Cornwall keep Sri Lanka at bay on Day One 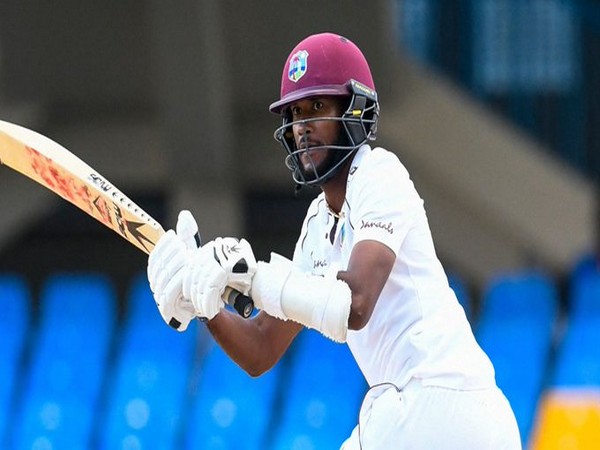 St John's: West Indies skipper Kraigg Brathwaite's unbeaten knock of 99 helped his side post 287/7 on Day One of the second Test against Sri Lanka on Monday here at the Sir Vivian Richards Cricket Stadium.

Along with Brathwaite, Rahkeem Cornwall was also unbeaten on 43. Suranga Lakmal was the pick of the bowlers for Sri Lanka on the opening day as he scalped three wickets. Put into bat, the hosts got off to the worst start possible as Lakmal dismissed John Campbell (5) and Nkrumah Bonner (0) in quick succession, reducing the hosts to 15/2.

Opener Brathwaite was then joined by Kyle Mayers and they both revived the innings. Both the batters played cautiously and made sure the hosts do not lose more wickets before the Lunch break. At the interval, Windies reached read 86/2.

However, after the Lunch break, Sri Lanka's fortunes changed immediately as Vishwa Fernando provided the visitors with the breakthrough of Mayers (49), reducing Windies to 86/3 in the 28th over. This brought Jermaine Blackwood to the middle and he along with Brathwaite put on 34 runs for the fourth wicket.

With Windies' score at 120, the hosts ended up losing the wicket of Blackwood (18) as the right-handed batsman was sent back to the pavilion by Lakmal. Jason Holder, who came in next, put on a 51-run partnership for the fifth wicket with Brathwaite, but just before the end of the second session, he was dismissed by Dhananjaya de Silva at his individual score of 30. Brathwaite and Joshua Da Silva then took the team's total to 171/5 at the Tea break.

Da Silva (1) couldn't stay long at the crease after the resumption of the final session and was sent back to the pavilion by Dushmantha Chameera and West Indies innings appeared to be crumbling down. However, Alzarri Joseph (29) stayed for a while before getting out in the 69th over.

Cornwall then joined Brathwaite and the duo took the team's total to 287/7 and made sure the day belonged to the hosts.