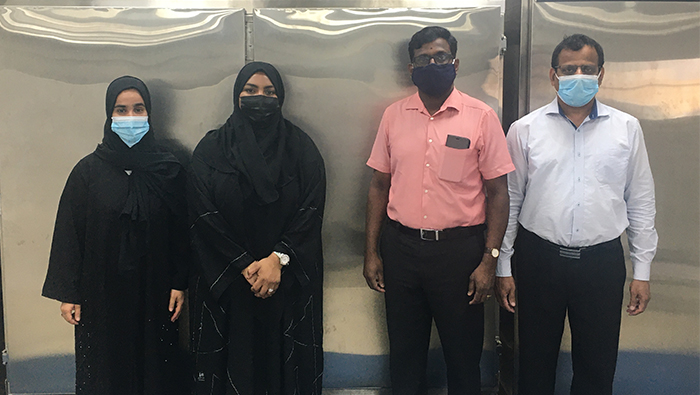 For OIAFCO, the coveted international certification will reinforce its impressive credentials as the unrivalled aerosol filling and packing services provider in the Middle East. Popular among its ‘Made in Oman’ line-up are TOX insect killer spray, AYAM air freshener spray and CLAIR Home brands – part of a sizable portfolio of products that include insect sprays, domestic and household sprays, body sprays, perfumes and gels.

Commencing operations in the mid-80s as the first aerosol filling company in the Sultanate, OIAFCO has since evolved into a formidable player with a market presence that spans much of the Middle East and North Africa, besides the domestic market. Underscoring its immense market appeal, more than 90 per cent of the company’s output is distributed across 15 countries in the region.

A cornerstone of the company’s longstanding commercial success is the hi-tech Sohar plant, which boasts a capacity to produce a world-scale 60 million finished goods per annum. By leveraging the superior capabilities of the facility, OIAFCO has succeeded in holding its own against leading international brands for over three decades. Today, the company’s products are available in major retail outlets across the Sultanate, attesting to their strong consumer appeal.

Welcoming the award of the certification, Mr. Gregory Brown, General Manager of OIAFCO, said: “We are delighted to have been recognised for our efforts to introduce and entrench internationally accepted practices that contribute decisively to the quality of our products and services. This is a testament to our commitment to providing the highest customer satisfaction.”

Overseeing the quest for the ISO 9001 certification was a dedicated Quality Control team led by Edwin Pereira and Ethiraj Padmanabhan supported by their colleagues Abir Hamdan Al Darmaki and Asma Humaid Al Raisi. Together, they exemplify what a well-motivated and capable workforce can accomplish in support of the company’s corporate goals.

A source of great pride for the company is its Omani employees who presently make up around half of the workforce. Their important contribution, coupled with the continuing support extended by the government of His Majesty Sultan Haitham bin Tariq, will bolster the leading position of OIAFCO regionally.