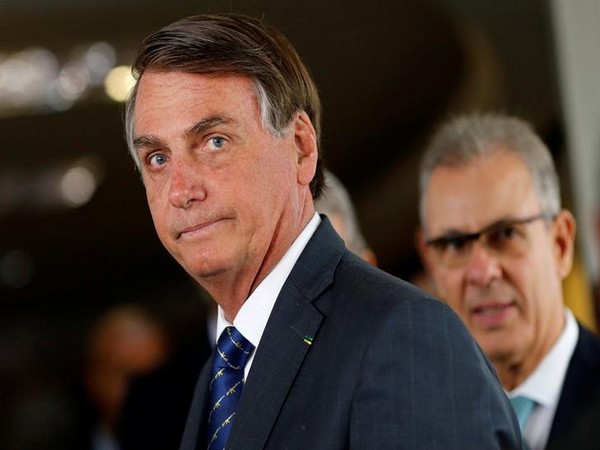 Sao Paulo: Brazilian President Jair Bolsonaro has announced a major Cabinet reshuffle, replacing six of his ministers in a move to possibly secure greater loyalty as the country battles a severe COVID-19 crisis.

This comes after former Defence Minister Fernando Azevedo e Silva handing in his resignation, saying that he had "preserved the Armed Forces as a State institution". He will be replaced by Army General Braga Netto, the former Government Minister, reported CNN. Former Attorney General Andre Levi, who also resigned, will be replaced by Andre Mendonca, Brazil's former Justice Minister, whose former seat at the Justice Ministry will now be filled by Federal Police Chief Anderson Torres, a known friend of the Bolsonaro family.

Meanwhile, Flavia Arruda, a federal deputy, has been appointed as the Secretary of State, while the former State Secretary, General Luiz Eduardo Ramos was appointed as Government Minister. Former Foreign Affairs Minister Ernesto Araujo has been replaced by diplomat Carlos Alberto Franca.

According to CNN, these changes appear to put several army generals closer to Bolsonaro in more strategic positions, following several other replacements at the top of Brazil's federal government this month.

A new COVID-19 crisis committee has also been formed to combat the devastating resurgence of the coronavirus, which claimed 3,000 lives for the second consecutive day on Saturday, while crossing 1,00,000 cases on Thursday, according to Brazil's Foreign Ministry.

This has led to intense criticism of Bolsonaro's handling of the pandemic, accompanied with the emergence of the Brazilian COVID-19 variant known as P1, known to be up to 2.5 times more transmissible.

Previously, he had denounced the use of COVID-19 vaccines, saying that they can cause women to grow beards and Chinese-made vaccines are not worth buying.

Bolsonaro has refused to endorse lockdown measures, citing the health of the economy and the personal liberty of citizens, reported CNN. Even after repeated calls for a change of action, Bolsonaro so far remains unwilling to entertain challenges to his approach toward the virus.

Brazil is the second-worst country to be affected by the virus after the United States. According to Johns Hopkins University, the country has recorded a total of 12,573,615 infections and 313,866 deaths.