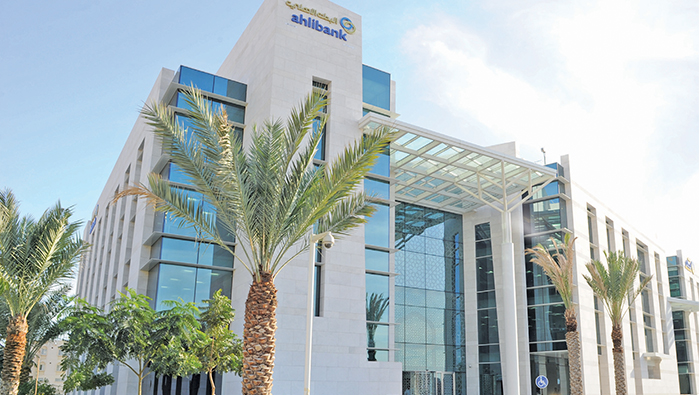 Muscat: ahlibank held its Annual Ordinary General Meeting on Thursday (March 25, 2021) via the electronic platform for general meetings on Muscat Clearing and Depository Company’s website. The AGM was presided by Hamdan Ali Nasser Al Hinai, Chairman of the Board of Directors, ahlibank.

The AGM approved the Board of Director’s Report for the financial year ending December 31, 2020, the Bank’s Corporate Governance Report, the Auditor’s Report on the Bank’s Audited Financial Statements, the Balance Sheet and Profit and Loss Account for the same fiscal year.

The AGM took note of ahli islamic’s Sharia Supervisory Board’s Report for the year ending on December 31, 2020. The shareholders also approved the distribution of cash dividend of 5 baisas per share.

The AGM concluded with a set of decisions to be implemented in the fiscal year ending December 31, 2021, in which an independent third party has been appointed to appraise the performance of the Board of Directors, as well as appointing auditors and external Sharia auditors.

The Assembly also validated the appointment of the Sharia Supervisory Board members, and took note of the Bank’s related party transaction and the contributions made to support community services in the fiscal year ending on December 31, 2020. The proposed allocation of OMR150,000 to support community services for the year ending 31 December 2021 was also considered and approved during the meeting.

“ahlibank has successfully completed the Rights Issue of 300,000,000 shares, with an oversubscription of 1.29 times. The purpose of the rights issue was to strengthen the Tier I capital of the Bank and to meet the capital requirement for business growth,” Al Hinai remarked. ahlibank has lately announced the closure of the Rights Issue that increased the Bank’s paid-up capital by OMR30 million to OMR194,965,746 from OMR164,965,746.

“The bank was able to achieve positive results despite the difficult local and global economic environment in light of the continuing impacts of the coronavirus pandemic on the banking sector and the rest of the economic sectors,” Al Hinai added.

Amid the exceptional circumstances, the Bank’s total assets grew by 7.3 per cent in 2020, reaching OMR2.70 billion, compared to OMR2.51billion in 2019. Customer deposits went up by a whopping 12.4 per cent to reach OMR1.92 billion compared to OMR1.71 billion. Loans and advances and financing, net grew by 8 per cent, reaching OMR2.21 billion.

The Bank’s operating income increased by 2.6 per cent, reaching OMR71.50 million in 2020. Operating expenses increased by 9.1 per cent, while the profit for the period was lower by 22.6 per cent, largely due to the pandemic-related slowdown and additional impairment charges on account of the prevailing operating environment due to the COVID-19 impact.

Al Hinai finally thanked all the shareholders for their continued confidence in ahlibank, which reflects its solid position in the market and strong investor confidence.