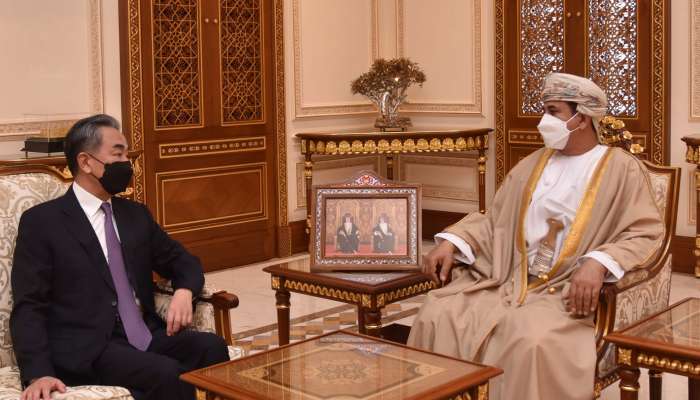 Muscat: Gen. Sultan Mohammed Al Nu'amani, Minister of the Royal Office received at his office on Monday Wang Yi, State Councilor and Foreign Minister of the People’s Republic of China and his accompanying delegation.

During the meeting, the two sides exchanged cordial conversations on the march of relations binding the Sultanate and China.

The meeting also reviewed fields of the joint cooperation and means of promoting them to serve the joint interests of the two friendly countries, as well as touching on several matters of common concern.

The meeting was attended by Li Lingbing, Chinese Ambassador to the Sultanate.

Wang Yi, State Councilor and Foreign Minister of the People’s Republic of China left after an official visit to the Sultanate during which he met with senior officials.

The Chinese guest was seen off by Dr. Khalid Said Al Jaradi, Head of the Protocols Department in the Foreign Ministry.