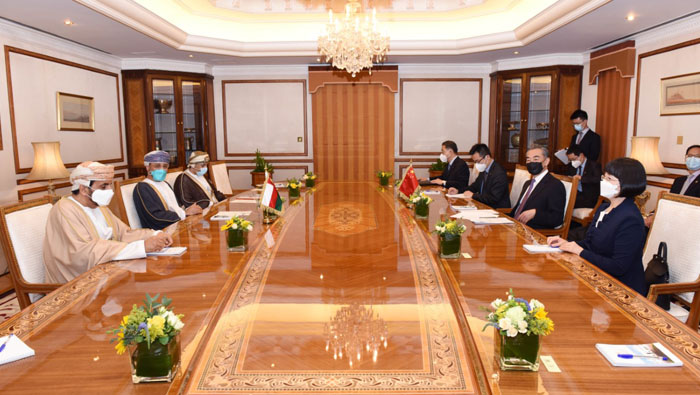 Muscat: The governments of the Sultanate and the People’s Republic of China held a session of political discussions at the Foreign Ministry on Monday.

The two sides reaffirmed their support to measures of advancing investments and tourism exchange within the context of the Chinese “Belt and Road Initiative” and with a view to realising mutual benefits for both countries.

The two sides welcomed the enforcement of a joint agreement for mutual waiving of entry visas for their respective citizens. They also welcomed a cooperation agreement in the fields of science and technology.

The session touched on bilateral cooperation in economic, scientific and cultural fields, as well as the exchange of views on various regional and international issues of common concern. They reiterated the significance of resolving conflicts by peaceful means and through dialogue among the disputing parties.

As part of his current tour, the Chinese official unveiled the plaque of a memorial monument of Chinese navigator Zheng He, commemorating his visit to Oman 600 years ago. Earlier, the two sides agreed to set up the memorial of Zheng He in Salalah.