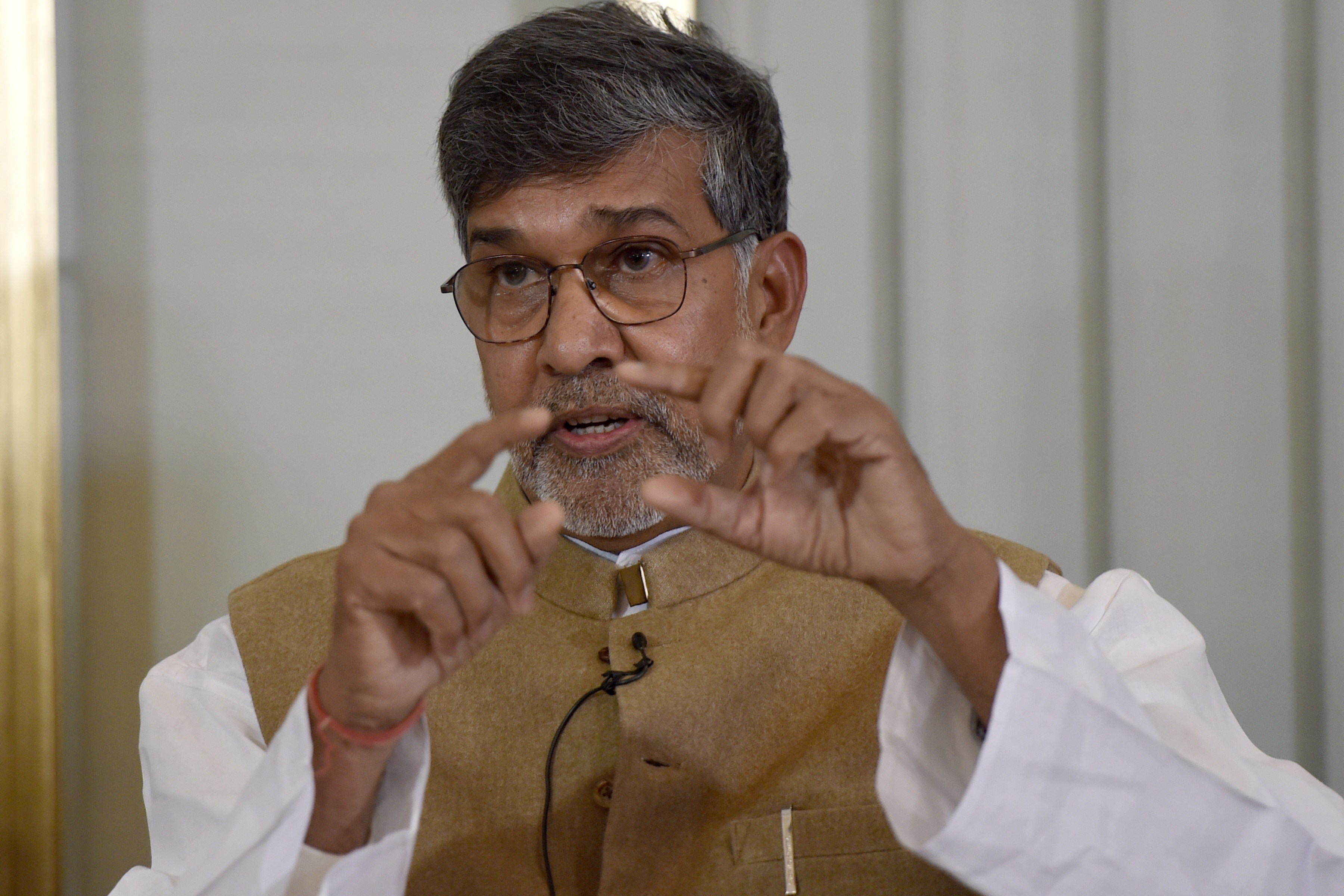 New Delhi: Big corporations must do more to clean up their supply chains and ensure that there is no child labour involved in the products which they manufacture and sell, Nobel laureate and child rights activist Kailash Satyarthi said on Friday.
From cosmetics and clothes to shrimp and smartphones, the supply chain for most products is often complex with multiple layers - whether in sourcing the raw materials or creating the final product - making it hard to identify exploitation.
Speaking at a conference on bonded labour in India, Satyarthi said a new anti-trafficking law being drafted by the government would hopefully make it harder for corporations to use child labour in their supply chains. "Every national or international corporate must adhere to national as well as international laws. Those who are working in India should know that they cannot continue to violate the laws of the land," Satyarthi told journalists. "We have laws in this country and we will have another clearer law on trafficking soon - so then there would be much more robust law and mechanisms to deal with that."
A draft of a comprehensive new anti-trafficking law is expected to be unveiled in India on Monday which will aim to unify several existing laws, raise penalties for offenders as well as provide victims with rehabilitation and compensation. The law will also provide for the establishment of a central investigative anti-trafficking agency to coordinate and work between states and special courts to hear such cases.
Nearly 21 million people globally are victims of forced labour, an industry which generates $150 billion a year in illegal profits, says the International Labour Organization.
The British charity Anti-Slavery International on its website documents 122 products made by child labourers across 58 countries ranging from Latin America to Asia. These children might be employed at the start of the supply chain, forced into mines to extract gold, mica, diamonds and coal or made to toil in farms to produce commodities such as cotton, sugar, tea, coffee and cocoa. Children are also found working further down the supply chain, such as in the stitching of garments, manufacturing of footwear, weaving of carpets or in the assembly of fireworks.
Satyarthi, whose charity Bachpan Bachao Andolan (Save the Childhood Movement) is credited with rescuing more than 80,000 enslaved children, said big companies are increasingly being held accountable by consumers and the media.
"The power of the consumer and the media is growing everywhere. Companies should not ignore the power of consumers," said Satyarthi, who was awarded the 2014 Nobel Peace Prize jointly with Pakistani schoolgirl Malala Yousafzai. "If they are exploiting children for their own benefit then that it is illegal and ethical. They cannot continue flourish at the expense of children in India or in any country."