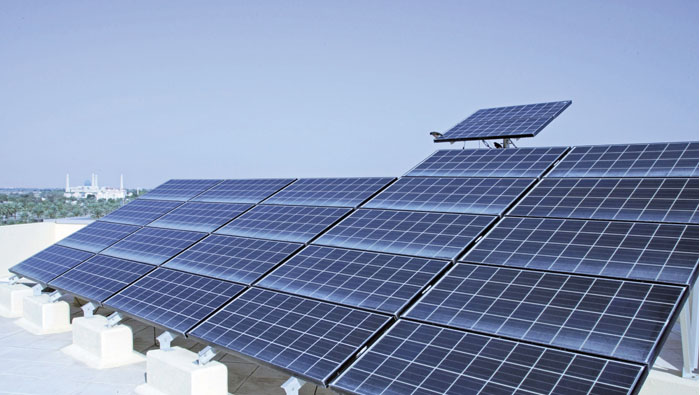 Muscat: A pioneering research project on solar energy explores an appropriate starting point and development scenario for using renewable energy in Oman that may lead to the zero-carbon scenario.

The project “Feasibility of Solar Energy (Photovoltaic) Systems in Oman” by Dr. Hussein A. Kazem, Chair of Renewable Energy and Sustainable Technology Research Group at Sohar University, has witnessed a number of achievements in recent times.

“Feasibility of Solar Energy (Photovoltaic) Systems in Oman” was funded by the Ministry of Higher Education, Research and Innovation in 2011. Solar power can be collected to produce electricity through a variety of methods. Among these methods, photovoltaic (PV) systems, or else known as solar cells, have shown great success due to many reasons.

Implementations of PV systems have shown that their reliability and efficiency depend on many factors, the dominant being the location (latitude, longitude, and solar intensity), environmental (temperature, wind, humidity, pollution, dust, rain, etc.), and the type of the PV used. Thus, before committing to large PV projects, a thorough investigation of the above factors is essential. Therefore, this project’s outcomes were available as the pillar point for any company planning to use PV systems in Oman, and particularly in Sohar.

Some of the achievements of the research project include publishing around 33 papers in Web of Science and SCOPUS indexed journals, publishing one book by an international publisher, registering one patent, training more than 200 Omani students on solar energy systems design, operation, and maintenance, in addition to establishing a Renewable Energy Lab and installing three solar PV systems (standalone type, grid-connected type, and solar tracking type).

To elaborate more about the success of his research project, Dr. Hussein A. Kazem mentioned that this project was recognised by the World Renewable Energy Congress 2016 in Indonesia, and Dr. Hussein was awarded the ‘Pioneer of Renewable Energy’ award, which is the highest prestigious award in renewable energy.

As for the most important findings of the research, it includes optimal tilt angle for the installation of PV cells in the Sultanate of Oman, the type of dust and its morphological component and its effect on solar PV systems in Oman, the effect of Omani climate conditions on PV systems, as well as how to develop a computer program able to determine the optimal sizing of PV systems in Oman based on the type of electrical load. The project also covered many applications and discussed the various methods used to examine and evaluate the performance of solar cells.

Dr. Hussein A. Kazem stated that the project served as an example of the importance of encouraging and supporting scientific research for technology innovation and development in the Sultanate of Oman to meet the local needs of its people and to adopt the international trends to cope with the continuous technological progress.