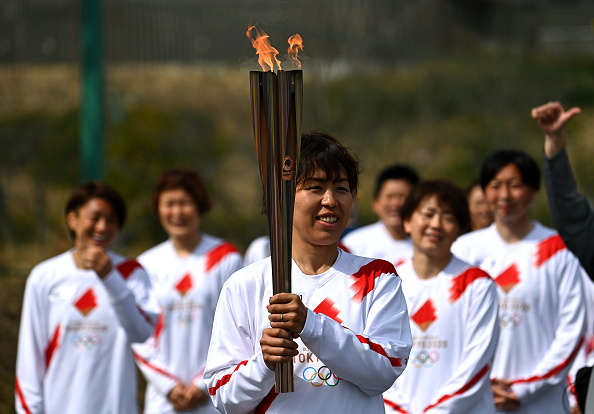 Fukushima: The Tokyo 2020 Olympic Torch Relay kicked off in Fukushima on Thursday. It will travel through all of the country's 47 prefectures over the next 121 days before arriving in Tokyo for the Olympic Games Opening Ceremony on July 23.

"The Flame of Hope. Japanese footballer Iwashimizu Azusa, 2011 @FIFAWWC winner and #London2012 silver medalist, is the first reliever at the start of #OlympicTorchRelay in Fukushima," the official Twitter handle of the Tokyo 2020 tweeted along with the video. Torchbearers will run an average of 200m before passing the torch onto the next runner using a torch kiss pose.

The International Olympic Committee (IOC), in a statement on Wednesday, had said that the route, which is unchanged from a year ago when the Games were postponed, will see the Olympic flame travel through 859 municipalities, passing within a short distance of the majority of the Japanese population.