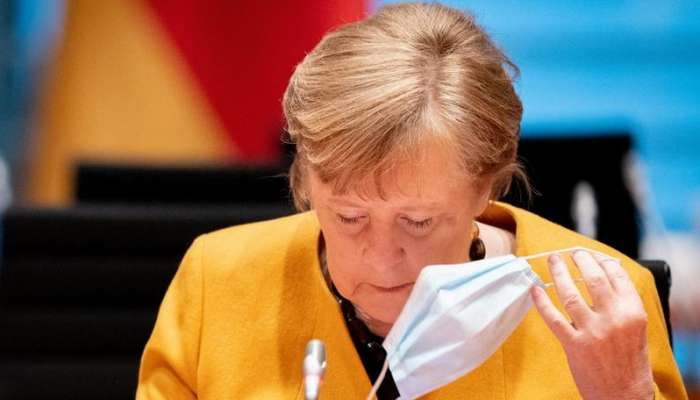 German Chancellor Angela Merkel and the leaders of Germany's 16 states will reverse their plan to toughen virus lockdown measures over Easter.

Merkel announced the changes after an impromptu videoconference with the 16 regional leaders in which she explained the U-turn and said the mistake was ultimately hers to answer for.

What did Merkel say?


During a press conference, Merkel said the Easter lockdown was formed "with the best of intentions."

"We must try to slow down the third wave of the pandemic. Nevertheless, it was a mistake," Merkel said, adding: "Because at the end of the day, I carry the last responsibility."

"It's now important for me to say so here. A mistake should be called a mistake and above all, it should be corrected, preferably in good time," she stressed, asking citizens for forgiveness.

Merkel said that on closer analysis, the planned shutdown risked doing more harm than good. She also said there was not enough time to adequately offset some of the problems that would come with it, such as lost earnings and working hours.

"It was well reasoned, but was not really doable in such a short time," Merkel said of the Easter measures. "Many too many questions, from missing wages through to the loss of time in factories and facilities, could not be adequately answered in time."

The chancellor then appealed for understanding that there would be "no time for questions" before quikcly leaving for a Q&A session in the Bundestag.

Call for vote of confidence


Merkel began the hour in parliament by reiterating her apology, to applause from some of her conserative parliamentary group.

"We will defeat the virus together. The road is hard and rocky, [...] but the virus will lose its horror," she said.

Not everyone was as forgiving, however. Christian Lindner, party leader of the business-friendly Free Democrats (FDP), tweeted that Merkel should put a vote of confidence to the Bundestag.

"The Chancellor can no longer be sure of the unanimous support of her coalition," Lindner wrote.

"A vote of confidence in the German Bundestag would be advisable in order to check the ability of the Merkel government to act."

How the lockdown plan came about


After 12 hours of talks starting on Monday afternoon, Merkel and state premiers agreed to pull the emergency brake and reverse the easing of restrictions in areas where the 7-day incidence rate exceeds 100 cases per 100,000 people for three consecutive days.

They also announced an even tighter lockdown over the long Easter weekend, between April 1 and April 5, when the whole country, including most grocery stores, would have to close. Contact between two households would remain permitted.

Merkel described the measures as an attempt to "break the exponential growth of the third wave." They immediately met with widespread criticism.

Leading epidemiologists say a five-day tighter stint over Easter would have little to no effect on combating the third wave which has swept across Germany.

Armin Laschet, the conservative CDU's newly elected party leader and state premier of North Rhine-Westphalia, said he expected a "very critical discussion" about the outcome of the talks in Wednesday's impromptu session.

Criticism of the government's handling of the pandemic is also being felt in the polls, with the conservative CDU/CSU sliding further to 26% in a FORSA poll published Wednesday. As recently as mid-February, the CDU/CSU was polling well above 30%, almost at 40% in some surveys.