Oman polls: The women who stood for election to make a difference - and won 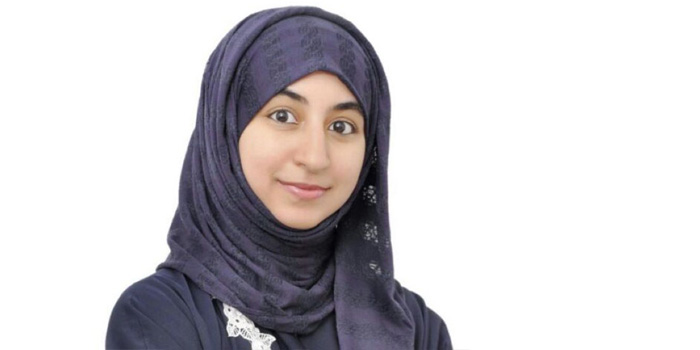 Muscat: Newly elected women to Oman’s Municipal Councils are hoping to make positive changes to the country’s infrastructure, tourism sector, children’s benefits and women’s rights.
Rahma Al Noufli, who was elected from the Wilayat of Mussanah after competing with 12 men, said, “I believe that women deserve to have a voice in the community, and I believe I deserve a chance to be part of those people who can change the community and do their best.
“My background is in charity work and I want more people to become involved. Apart from this, I feel there are certain things that need to be changed in our community, as we need more women’s clubs, reading clubs, libraries, and there is a lot more on my mind,” she said.
Also read: Oman municipal council elections: Local polls final results declared
Al Noufli is the head of the Omani Women’ Association (OWA) in her hometown, and also opened a hair dressing saloon business. “I started my business from scratch, just by contacting people and building relationships through the OWA, and my life has been changed since then. I believe all women in Oman deserve to bring about positive changes to their lives.”
She is also part of a child abuse group at the OWA which concerns itself with child welfare. “There are young children who should be going to school, but are not just because their parents are careless, and then we also have children who suffer from abuse. So I am trying my best to do something for the welfare of such children.”
She thanked everyone who believes that women can bring about positive changes, and those who supported her in her campaign for office. “I would like to thank everyone in my community who believed in me, stood behind me, supported me, spent days and nights working for me, who believed in a woman who could start on her own and who can change the community,” she said.
Amna Al Balushi, a teacher at the British School Muscat (BSM) who was elected from the Wilayat of Seeb, said she wants to serve the community, help contribute to Oman’s overall development and see the country compete with other nations of the world.
“We, at the council are all about serving the community and to oversee things that need to be developed, in terms of the facilities, roads, markets, tourism and other things. I have something in me that wants to develop the country. Oman is a beautiful country, and with more facilities we can do a lot here.
“There are opportunities for both men and women, and I want us to be the best. We should always develop and compete with the world and do things for future generations. His Majesty Sultan Qaboos has educated us and given us an opportunity, especially for women to stand for their rights. We are half of the population, and with men we cooperate together, as both genders are required to work together to make Oman a beautiful place.” Al Balushi completed her Montessori studies in Canada and has taken leadership courses to improve her skills.
“I have this leadership thing inside me and I think that being in the Municipal Council is great to be able to embrace and help the community.”
In pictures: Oman goes to polls in biggest voting day
Maryam Al Shamsiyah, who was elected from the Wilayat of Al Sininah, wants to involve women in all activities in the Wilayat, “The women in our Wilayat are a little distant from the centre stage, and so we started these women’s clubs recently, which have received very positive responses, and women are willing to participate in different activities. Now we want them to be part of more such initiatives.
“We want to take care of our community and develop the infrastructure of the Al Sininah, and raise the level of efficiency and competence of people living in the area. “I really want to thank everyone who motivated me to reach this position and supported me.”
Sana al Maashari from Al Amerat was elected for the second time to the council. She said she wants to play a major role in the development of her country, “I do not work another job and I feel like I have time on my hands. Women don’t opt to work in this sector often, so I thought it would be something worth looking into. I want to give a message to society about women, that they can do great things.” Al Maashari hopes to improve the infrastructure, and beautify Al Amerat.
Related news: Machines to speed up counting of votes in Oman's municipal elections
Rahma Al Ghufailiyah, elected from the Wilayat of Liwa, has been performing volunteer work for the last 23 years and is President of the OWA in Liwa. She says that being on the Municipal Council will allow her to cater to the needs of the generation and help the people in the Wilayat.
“I want to focus on the requirements of the people in my Wilayat and make sure they are given the right assistance. I was inspired to get onto the council because I wanted to show women that we can be promoted to advisory positions and work side to side with men. My husband and children have kept me motivated throughout.”
The other two women who were voted in the Municipal Council are Latifa Al Maneiyah from the Wilayat of Al Sininah and Moza Al Hosni from the Wilayat of Khabourah.