EU plans to have vaccine certificates ready by summer 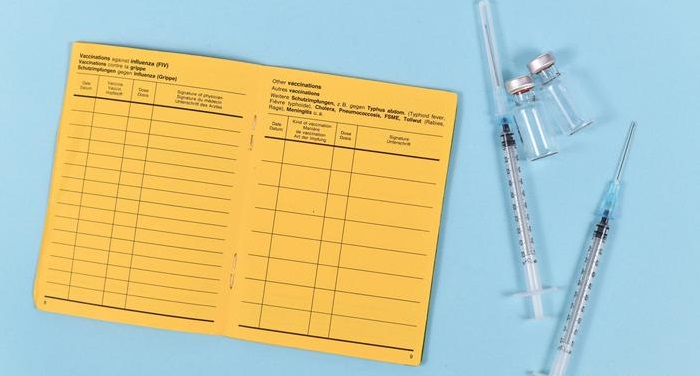 The European Commission on Wednesday proposed the issuing of COVID-19 immunization certificates to allow for free travel within the bloc's member states.

The EU is hoping to revive the travel sector, but there are fears over the fairness of such certificates amid a slow vaccine rollout.

What is the 'Digital Green Certificate'?


Dubbed "the Digital Green Certificate," the proposal is set to facilitate the movement of people from one EU member state to another.

The certificate will provide information on COVID-19 vaccination, recovery and test results.

The EU will also coordinate with the World Health Organization for the certificates to be recognized outside Europe.

The bloc laid out a plan to finish technical work on the scheme within three months.

EU member states will prepare for the issuance and verification of the certificates.

What are the concerns over vaccine certificates?


There have been fears over the fairness of issuing immunization certificates if many people have not been offered the vaccine.

Austria, Bulgaria, Croatia, the Czech Republic, Latvia and Slovenia raised concerns on Wednesday over the "possible gaps in the vaccine distribution between member states", an EU official told Reuters.

The EU aims to vaccinate 70% of its adult population by the end of the summer. But critics of vaccine certificates have cited the slow vaccination rollout across the EU.

The bloc has blamed pharmaceutical companies for supply shortages and delay in deliveries.

Critics have also raised concerns over the ethical implications of vaccine certificates, given how vaccination is voluntary.

But the EU has assured that the implementation of digital certificates would be non-discriminatory and would "meet data protection, security and privacy requirements."

What about the AstraZeneca suspension?


Another threat to the bloc's vaccination plans is the suspension of the use of AstraZeneca vaccine in some member states over safety concerns.

The EU medical regulator confirmed on Tuesday that it had found "no indication'' that the vaccine was causing blood clots.

The European Medicines Agency (EMA) said the benefits of the AstraZeneca vaccine "outweigh the risk of these side effects."

What about the EU vaccine exports?


The EU has tried to speed up the rollout by ordering more doses from suppliers and authorizing more vaccines.

"The EU has been exporting vaccines in support of global cooperation. But open roads run in both directions," von der Leyen said.

"If needed we'll reflect on how to adjust our exports based on reciprocity and, in the case of countries with higher vaccination rates than us, proportionality."

Last week, the European Council President Charles Michel accused Britain and the United States of imposing "an outright ban on the export of vaccines."