At least 8 killed in shootings in US massage parlors 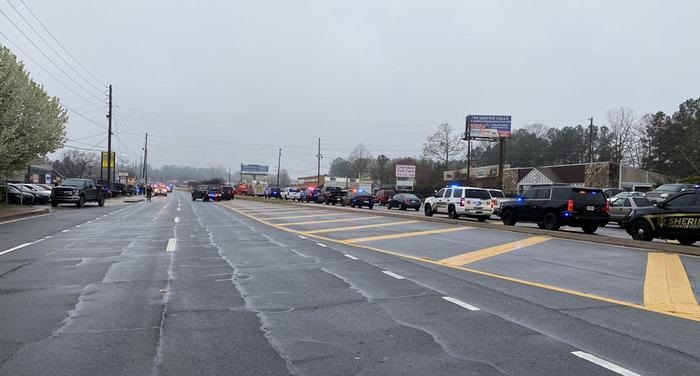 Four people were killed and one person was injured at a massage parlor in Cherokee County, according to officials.

Shortly after, shootings at two Atlanta massage spas that are across the street from each other left four people dead. Police Chief Rodney Bryant said all four victims were female.

What happened at the Atalanta parlors?

While they were at that scene, they learned of a call reporting shots fired at another spa across the street and found a woman dead inside the salon. It seemed as though she also died after being shot.

Two of the victims were dead and three were transported to a hospital where two of them also perished, Sheriff spokesman Captain Jay Baker said.

It was not known if the shootings at the Atlanta salons were connected to the one in Cherokee County.


Later on Tuesday a 21-year-old man was in custody in relation to the fatal shootings.

He was captured in southwest Georgia, a few hours after the onslaughts took place.