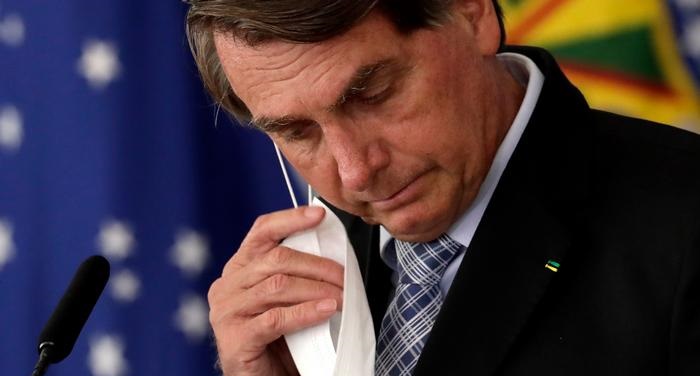 With COVID-19 infections and deaths soaring in Brazil, President Jair Bolsonaro confirmed on Monday that he will appoint Marcelo Queiroga as the replacement to health minister Eduardo Pazuello. This would be the third change for the position in less than a year.

"It was decided now in the afternoon to appoint physician Marcelo Queiroga to the Ministry of Health," Bolsonaro said, adding that the transition could take a couple of weeks.

The country has recorded nearly 12,800 deaths in the second week of March — the worst week since the start of the coronavirus pandemic. On Friday, Brazil surpassed India in the number of infections, returning to the position of the second worst-affected nation, after the US. Brazil authorities say the pandemic has claimed over 279,000 lives so far.

The President said Marcelo Queiroga, president of the Brazilian Society of Cardiology, would follow the agenda set by his predecessor Pazuello at the health ministry. He also said the government plans to increase efforts to implement the mass vaccination program.

"Mr. Marcelo Queiroga is much more knowledgeable on the health issue, he is going to take action to reduce the number of people who die from this disease that's been affecting the whole world," Bolsonaro told CNN Brazil.


Bolsonaro initially met with Ludhmila Hajjar, a cardiologist who has been working on the frontlines of Brazil's fight against coronavirus. However, she told CNN Brazil that she rejected the position, since as a doctor she had to "remain above ideology."

Hajjar has been a vocal critic of the government's strategy to fight the pandemic, and has also spoken against Bolsonaro's push to use anti-malarial drug hydroxychloroquine, which is unproven as a treatment for COVID-19.

Pazuello's two predecessors resigned roughly within a month last year, as they refused to endorse the use of the anti-malarial drug. Pazuello's appointment was widely criticized, since he was an army general with no expertise in health and healthcare.

He expanded the use of hydroxychloroquine, and allowed its use for the treatment of virtually anyone testing positive for COVID-19.


Bolsonaro's handling of the pandemic has been widely criticized. The president has been accused of adapting a lax attitude to the crisis, and not paying attention to health experts. The vaccination rollout program has also seen several setbacks.

Former Brazilian President Luiz Inacio Lula da Silva, who is looking to launch a reelection bid in 2022, criticized Bolsonaro's policies last week. "Don't follow any imbecile decisions by the president of the republic or the health minister: Get vaccinated," he said.