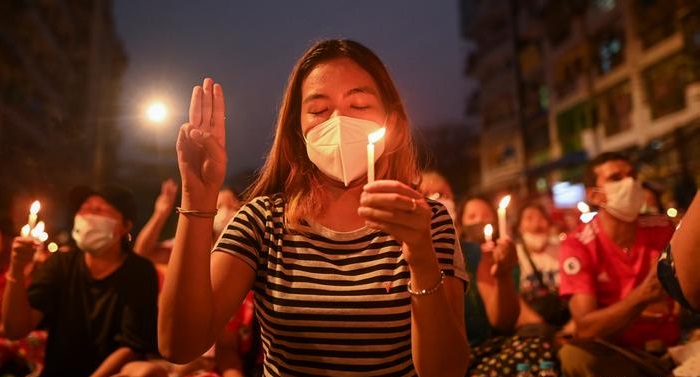 The "unlawful use of lethal force against peaceful protestors" in Myanmar has killed at least 149 people, a spokeswoman for the United Nations Human Rights Commission (UNHCR) said on Tuesday.

Ravina Shamdasani, a spokeswoman for the UNHCR, has called on Myanmar's military to "stop killing and detaining protesters."

Authorities have arbitrarily detained at least 2,084 people, according to the UNHCR.

Myanmar cracks down on journalists

Authorities in Myanmar have arrested at least 37 journalists, including 19 who are still in arbitrary detention, Shamdasani said.

Journalists are reporting that they are receiving threats, while foreign news agencies say they cannot contact their detained reporters.

The current situation in Myanmar

Residents of the targeted districts have fled on flatbed trucks and motorbikes, according to media reports on Tuesday.

Countries including the United States, Canada and Britain have imposed sanctions to pressure Myanmar's military generals amid rising international concern over the situation.

The UN World Food Program (WFP) also warned on Tuesday that the turmoil in Myanmar was largely affecting the economy, which could lead poor families to hunger.