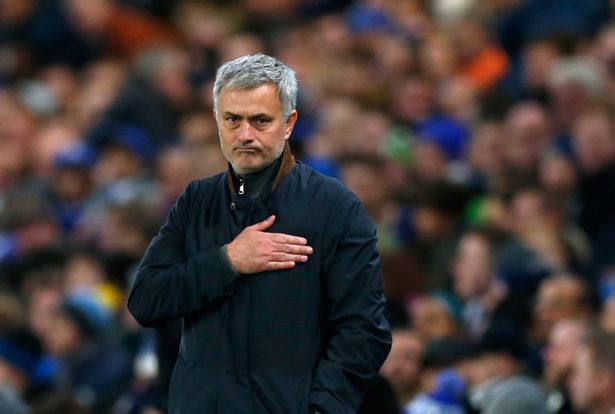 London: Manchester United have appointed Jose Mourinho as manager on a three-year contract with an option to stay on until at least 2020, the Premier League club said on Friday.
The 53-year-old Portuguese replaces Dutchman Louis van Gaal whose two-year reign at Old Trafford ended on Monday when he was sacked two days after United won the FA Cup. "Jose is quite simply the best manager in the game today.
He has won trophies and inspired players in countries across Europe and, of course, he knows the Premier League very well, having won three titles here," United executive vice-chairman Ed Woodward said in a statement. "I'd like to take this opportunity to welcome him to Manchester United.
His track record of success is ideal to take the club forward." Mourinho, sacked by Chelsea in December, had been widely expected to succeed Van Gaal and his agent Jorge Mendes met United officials on Tuesday to discuss personal terms. The talks with the former Porto, Inter Milan and Real Madrid manager became protracted, however, when it emerged that Chelsea, who sacked Mourinho in December, still owned his name as a trademark.
Now the stage is set for the marriage of two of world soccer's biggest names - Mourinho, the manager who collects trophies wherever he goes, and Manchester United, England's most successful club and a global giant.
"To become Manchester United manager is a special honour in the game," Mourinho said in the statement. "It is a club known and admired throughout the world. There is a mystique and a romance about it which no other club can match. "I have always felt an affinity with Old Trafford; it has hosted some important memories for me in my career and I have always enjoyed a rapport with the United fans. "I'm looking forward to being their manager and enjoying their magnificent support in the coming years." In two spells at Chelsea, the Portuguese won the Premier League three times - including their first league title for 50 years - and both the FA Cup and League Cup.
He also won league championships in his first seasons at Porto and Inter Milan before helping Real Madrid to their first La Liga crown in four years. By their own high standards, United have struggled since Alex Ferguson retired three years ago, never finishing higher than fourth in the English standings.
Their fifth-place finish under Van Gaal this season meant they failed to qualify for the Champions League for the second time since Ferguson left. Van Gaal did win the FA Cup - the first time United had lifted the trophy in 12 years - but due to widespread condemnation of the style of football his team played it was not enough to save him.
There are reservations about Mourinho's preferred style of play, with former United striker Eric Cantona saying the club should have opted instead for Pep Guardiola, who is taking over as manager of Manchester City. But other former players, including goalkeeper Peter Schmeichel and former captain Steve Bruce, believe he will revive the club's fortunes. Mourinho, who has won the Champions League with Porto and Inter Milan, will lead United in the Europa League next season.