US to resume aid to northern Yemen 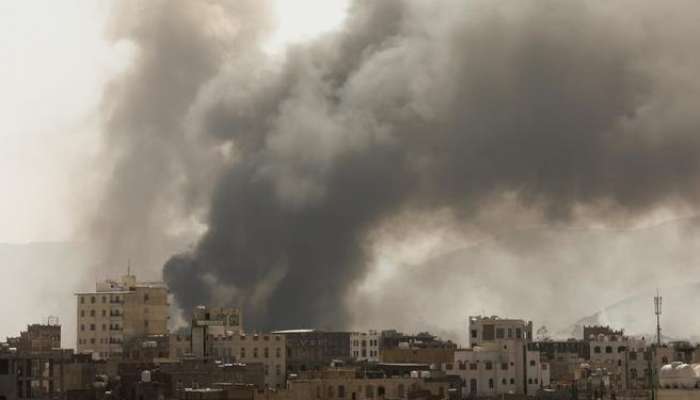 The United States announced on Friday that it is resuming aid to the rebel-held northern Yemen in an effort to fend off a potential famine in the war-torn country.

Washington said it will "cautiously resume" support to humanitarian groups working in the north of Yemen and monitor to make sure the Houthis aren't interfering with the aid deliveries.

The Biden administration also expressed concern with the Houthi rebels in the war-torn country who are blocking fuel deliveries to a main port.

"Tragically, and somewhat confusingly for me, it appears that the Houthis are prioritizing a military campaign to seize central Marib province," said Tim Lenderking, the US envoy.

Lenderking said the Houthi rebels had a ceasefire proposal before them "for a number of days." Under Biden, US support for the Saudi-led offensive against the Houthis has been pulled out. The US is working to end the conflict.

Wealthy countries, such as the US, Saudi Arabia and the United Arab Emirates, drastically cut back on aid to Yemen last year amid the coronavirus pandemic, corruption allegations, and concerns that the aid might not be reaching its intended recipients in territories controlled by the rebels.


The news about the aid resumption follows an announcement by the United Nations World Food Programme (WFP) to help Yemen with millions of dollars from a private foundation. The foundation will be funded by US private equity investor Tim Collins.

The WFP said that the Famine Prevention Foundation aims to "avert a widespread famine by getting immediate assistance to the maximum number of people experiencing famine or on the brink of famine."

Mohammed Abdi, the Yemen director of the Norwegian Refugee Council said that the foundation would be a "much-needed addition", but far more money was still needed, "along with concerted international action to bring about an immediate ceasefire in Yemen and stop pushing millions more into starvation and misery."

The six-year conflict in Yemen has killed some 130,000 and millions are going hungry.