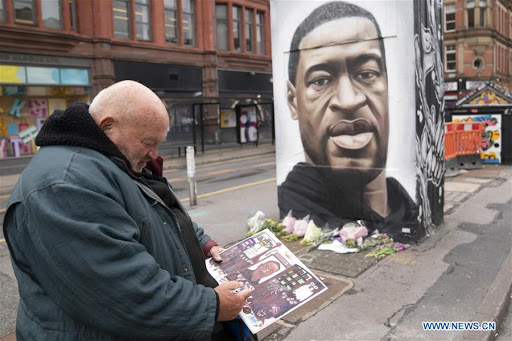 Minneapolis: The family of George Floyd, the African American man whose death set off a wave of protests after a video showed a white police officer kneeling on his neck for more than nine minutes last May, has settled a lawsuit against Minneapolis for USD 27 million, city officials said on Friday.

According to The New York Times, the City Council voted unanimously to approve the settlement, and a spokesperson for the city said that Mayor Jacob Frey would sign the measure. The settlement was among the largest in a case of police misconduct and was announced as Derek Chauvin, the former officer who knelt on Floyd's neck, has been charged with second-degree murder, third-degree murder and second-degree manslaughter.

"This agreement is a necessary step for all of us to begin to get some closure," Rodney Floyd, one of Floyd's brothers, said of the settlement as reported by NYT.

"George's legacy for those who loved him will always be his spirit of optimism that things can get better, and we hope this agreement does just that -- that it makes things a little better in Minneapolis and holds up a light for communities around the country," he added.

Ben Crump, the civil rights lawyer who is among those representing Floyd's family, said the settlement was the largest reached before trial in a civil rights wrongful death lawsuit. And that it came in a lawsuit over the death of an African American man, he said, "sends a powerful message that Black lives do matter and police brutality against people of color must end."

NYT further reported that the settlement follows several other large payments from cities after high-profile police killings, including a $12 million payout in September from Louisville, after officers fatally shot Breonna Taylor, an African American woman, in her apartment last March.

Floyd's family had sued the City of Minneapolis in July, saying that the police had violated his rights and failed to properly train its officers or fire those who violated department policies.

As per the news outlet, the USD 27 million includes a USD 500,000 donation to the community around the intersection of 38th Street and Chicago Avenue, the corner where the police had confronted Floyd over a convenience store clerk's claim that he had tried to use a fake $20 bill to buy cigarettes, and where a bystander's video capturing the arrest brought worldwide attention to his death.