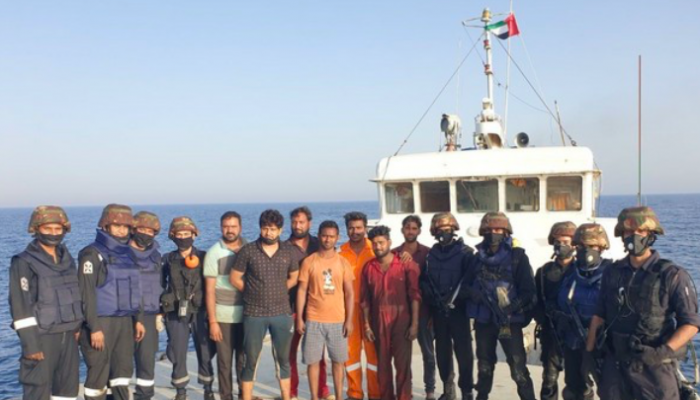 According to an official statement, INS Talwar on Thursday received a broadcast call from a stranded merchant cargo ship MV Nayan, requesting technical assistance. The cargo ship, on transit from Oman to Iraq, was drifting at sea since March 9, owing to the failure of its propulsion, power generation machinery and navigational equipment. Based on a preliminary aerial assessment about the distress of MV Nayan, the Indian Naval Ship dispatched its VBSS (Visit Board, Search and Seizure) team along with a technical team by boat to offer assistance to the vessel that had seven Indians as her crew.

The naval teams worked continuously for seven hours onboard MV Nayan to operationalise its equipment viz. both generators, steering pump, seawater pump, compressor and main engine, thereby making the vessel seaworthy again, according to the statement.

The naval team also assisted in operationalising navigation equipment like GPS and navigation lights before MV Nayan could proceed for her next port.