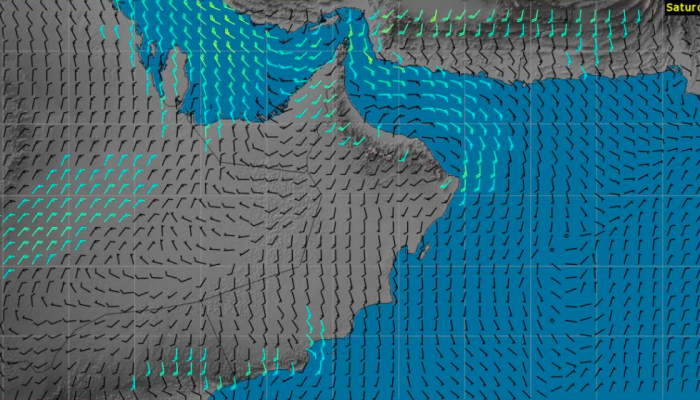 Muscat: The Oman Meteorology issued an alert about the activity of the southern winds, with the rise of dust in the open and desert areas of the Dhofar and Al Wusta governorates during the evening hours.

The General Directorate of Meteorology said in an alert issued on Friday, “A reminder of the opportunities for surface wind activity and the rise of dust and dirt - and the occasional decrease in horizontal visibility - in open and desert areas and rough sea waves on the coasts of Musandam and medium/rough waves on the coasts of the Sea of Oman.”