Real Madrid will fight until the end for La Liga title: Zidane 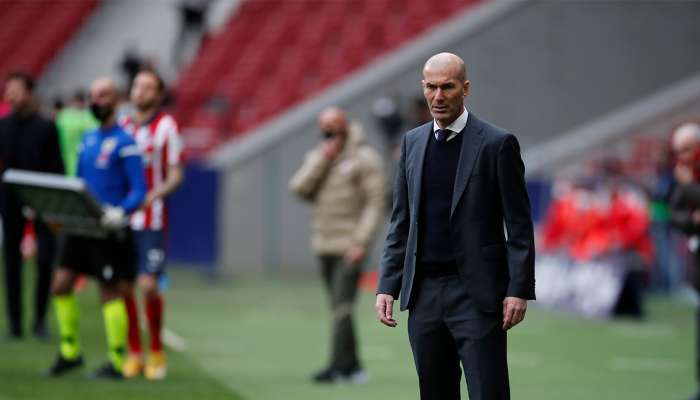 Madrid: After playing out a 1-1 draw against Atletico Madrid, Real Madrid boss Zinedine Zidane has not given up on the La Liga title hopes, saying that the side would "fight until the end".

Karim Benzema struck late in the second half to cancel out Luis Suarez's early opener, ensuring the spoils were shared in El Derbi at Wanda Metropolitano on Sunday. "The objective is this, to continue. We know there is a lot left [but] we are going to fight until the end. Everything can always change. We are doing things well, we can improve. It is what we are going to do," Goal.com quoted Zidane as saying.

"I am very proud of all my players. We are in the same boat and we are going to fight to the end," he added.

Madrid were perhaps unlucky to not pull level earlier after they were turned down for a penalty call against Felipe, with the Atletico man appearing to handle the ball with his forearm and elbow.

Zidane, however, declined to criticise the decision in his post-match press conference, stating: "I don't mess around [with the referee], his job is difficult. He made that decision to watch the play and not whistle, and we respect him. That's it. We know it's complicated. We can't get into that. We have to respect that. It will not change."

Real Madrid are at the third spot with 54 points in 26 games, five points shy from front-runner Atletico Madrid, who have played one game less.