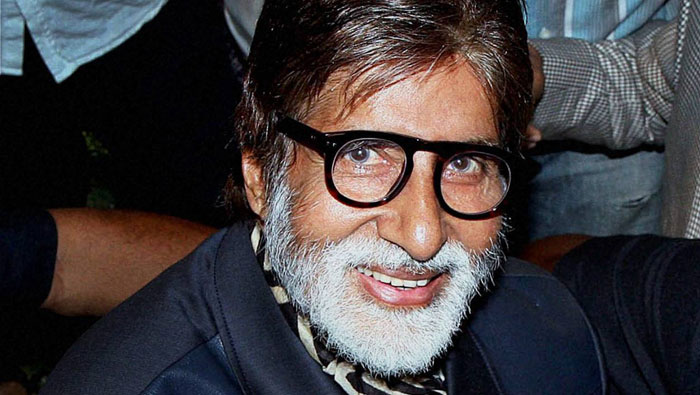 New Delhi: A row erupted on Wednesday over Amitabh Bachchan's participation in the second anniversary celebrations of NDA government here on May 28 with Congress targeting him and Prime Minister Narendra Modi in the light of the mega star's name figuring in the Panama Papers expose.
After Congress's chief spokesperson Randeep Surjewala raised questions of propriety in Bachchan "hosting" the event and asked what signal would it send to the probe agencies, the actor was quoted as having said it would be actor R. Madhavan, and not him, who would host the event and that he is scheduled to anchor only a segment on 'Beti Bachao Beti Padhao'.
The 73-year-old star also said that he does not think they (Congress) are aware that he was not hosting the event.
BJP came out in strong defence of Bachchan for his association with the event despite a probe against him after his name appeared in Panama papers expose.
A host of BJP leaders, including union ministers said the probe against Bachchan has nothing to do with the event linked with a social issue of protecting the girl child and attacked Congress for its "mental disability" in fuelling a row.
"Would it be fair?....What message it would send to investigating agencies going into siphoning of funds abroad illegally? What signal are you sending?" when they see the prime minister sharing the dais with Bachchan, Surjewala told reporters.
Raising several questions over the issue, he wondered whether the mega star "hosting" the event which will be attended by Prime Minister Narendra Modi among others would not dilute the fight against black money.
He recalled that the prime minister has time and again vowed to bring back black money stashed abroad and punish those guilty.
BJP leader and Law Minister D. V. Sadananda Gowda said the probe into Bachchan's name cropping up in Panama Papers will have no effect if he attends the event.
"See, practically, participation of Amitabh Bachchan and the investigation with regards to Panama Papers, certainly, it will not have any connectivity. Investigation will be done by an independent agency, they will take care of things."
Culture Minister Mahesh Sharma said the megastar is only hosting a programme and he is not yet proven guilty by any court.
"You may have questions, but has he been labelled guilty for that. His name has come. Let the court of law take action. If somebody is hosting a programme for celebrating our two years and he is not a criminal, he is a respected person of society. If his name has come, let the court of law take action," he said.
The actor's son Abhishek Bachchan also hit back, saying his father is only part of a function where he is talking about educating the girl child.
"It is not a political event. He is part of a function where he is talking about educating the girl child. That's not a political event," Abhishek told reporters.
The Panama Papers -- based on an investigation by over 100 news organisations around the world -- is a global list revealing offshore links of over 500 Indians, including Amitabh.
Amitabh has denied links with any of the offshore companies. BJP Secretary Shrikant Sharma said the row created by Congress "only reflects its mental disability" as its own leaders are embroiled in alleged corruption and are out on bail.
Party MP and Actor Paresh Rawal said the Congress is "issue-less" and is thus creating an issue and dubbed it a "bogus issue" like the row created over the return of awards by writers and litterateurs in the wake of Dadri lynching incident.
Actor Rishi Kapoor, who had recently targeted the Congress over naming of national assets after the Nehru-Gandhi family during its rule said he does not seen any reason for that party to attack Bachchan.
"I think a man of his stature would definitely benefit the occasion. It's a very noble thing that he is doing," he said, adding the mega star should go ahead with his event.