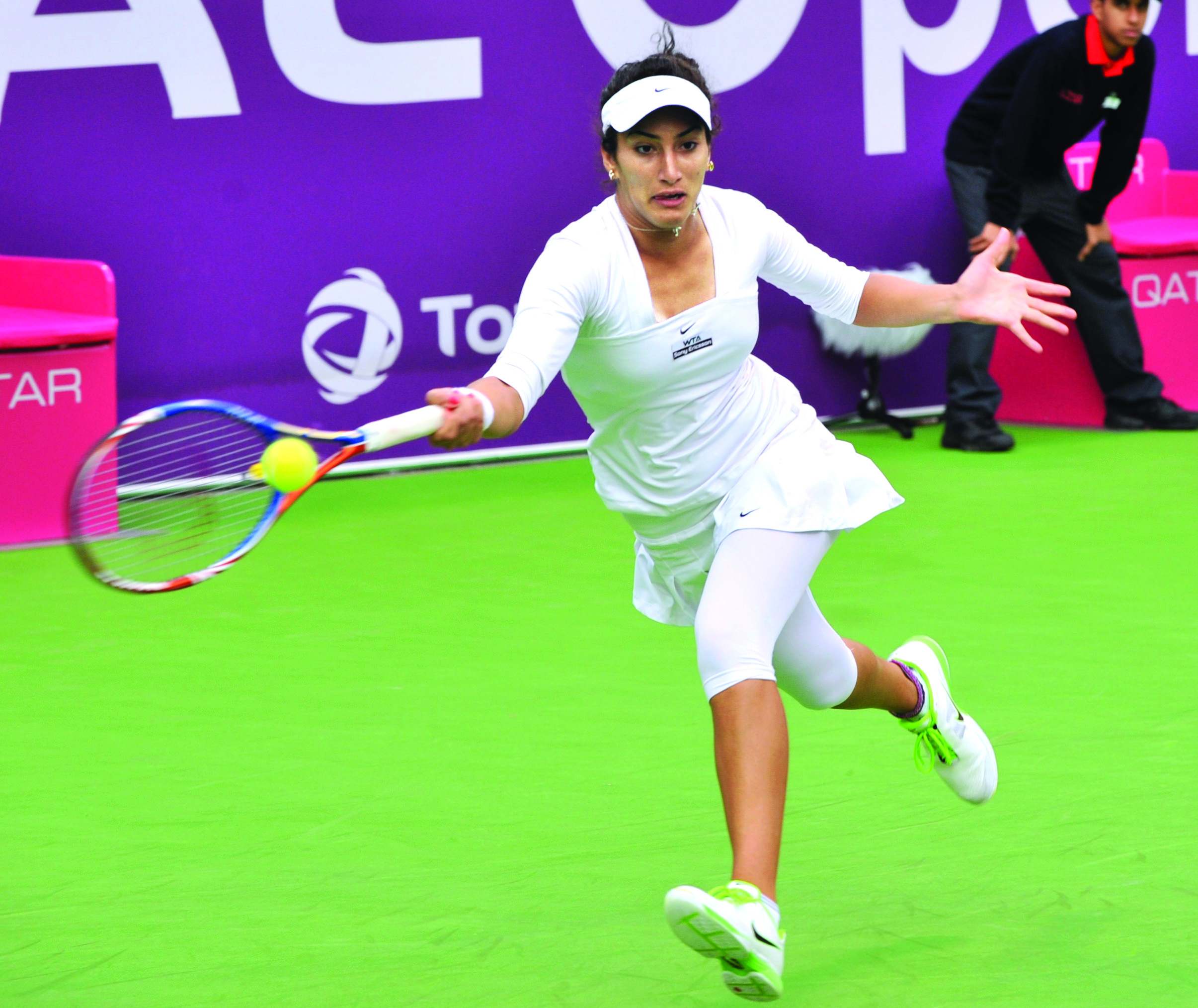 Muscat: Overcoming the disappointment of losing in the first round of the doubles competition, Omani sensation Fatma Al Nabhani tasted singles success at the $25,000 Incheon ITF Pro Circuit Tournament in South Korea on Wednesday.
In her first round match of the singles, Fatma recorded a 6-3, 6-4 straight sets victory over Thailan’d Bunyawi Thamchaiwat.
Fatma will now clash with British girl Freya Christie for a place in the quarterfinals.
In her first round match, eighth seeded Freya Christie eased to a similar 6-3, 6-4 victory over Australia’s Olivia Tjandramulia.
On Tuesday, Fatma Al Nabhani and Japanese partner Mari Osaka failed to get past the first round of the doubles competition as they were beatedn 6-4, 6-2 by Kamonwan Buayam of Thailand and Pei-Chi Lee of Chinese Taipei.
In recent times, Fatma also took part in the $25,000 Goyang ITF Pro Circuit tournament in South Korea where her singles challenge ended in the quarterfinals while in the doubles the Omani girl and her Thai partner Patcharin Cheapchandej failed to get past the first round.
Last month, the Omani, whose highest career ranking of 362 came way back in 2010, took part in a highly rated $100,000 Anning ITF Pro Circuit tournament in China where she bowed out in the first round of both singles and doubles.
Fatma had a great year in 2015 when she won five $10,000 titles, including two back-to-back crowns in south Indian city of Hyderabad.
In 2013, she won back-to-back $10,000 Sharm El Sheikh titles in Egypt and similar level tournaments in Fujairah in 2010 and 2012 respectively.