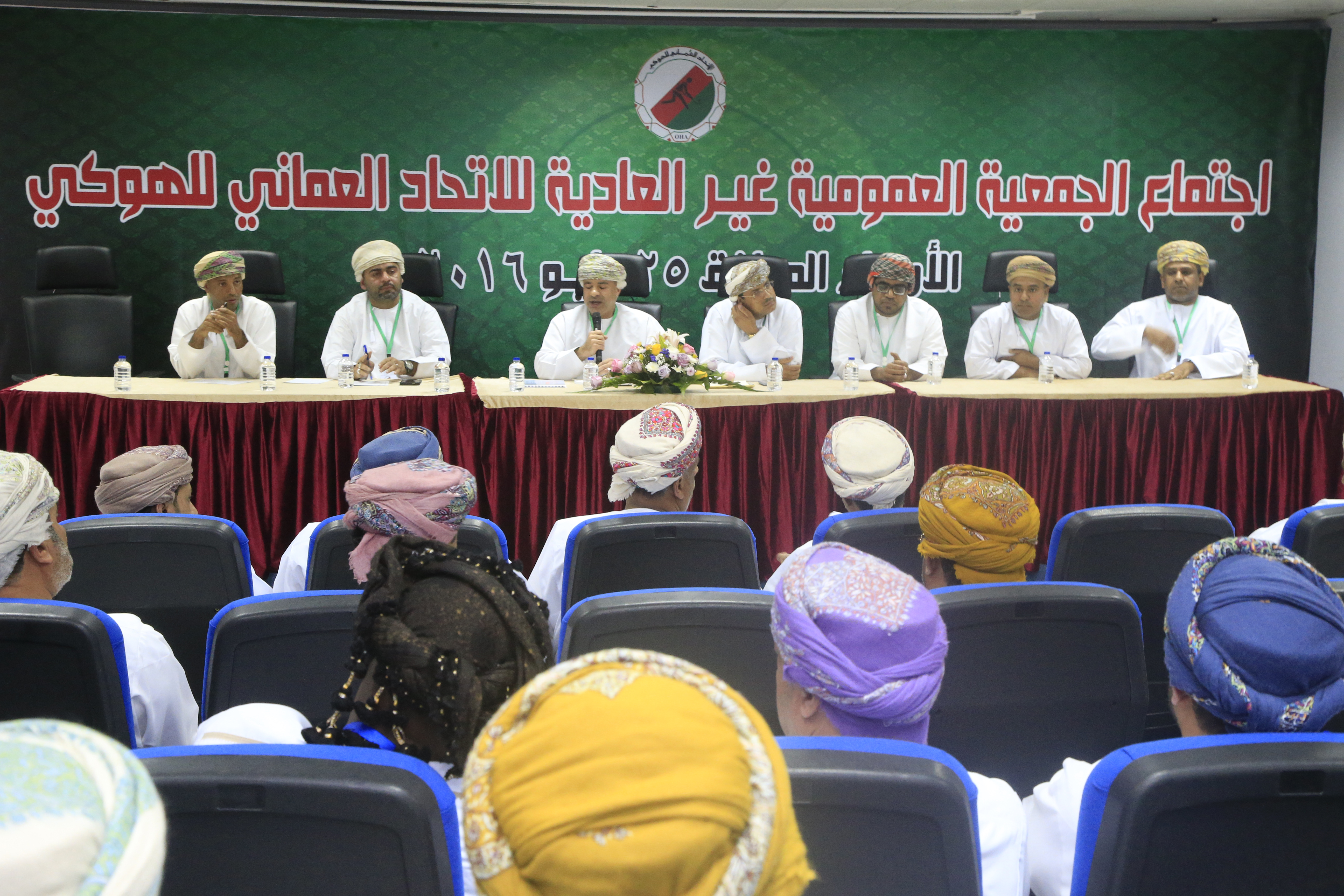 Muscat: Oman Hockey Association OHA) chairman Sheikh Mahfoodh Ali Juma Al Juma and his fellow board members won vote of confidence from the majority of the clubs during an extraordinary General Assembly organised on Wednesday.
The Sultanate’s hockey body was thrown into turmoil after a spate of resignations following heated exchanges at the previous General Assembly on March 29. The members then had a disagreement on the issues like financial and technical reports leading to resignation of vice-chairman Sheikh Saif Al Rahbi first and then that of General Secretary Mohammed Redha Taqi Al Lawati, which in turn led to OHA calling for Wednesday’s General Assembly.
But what was expected to be a slam bang affair turned out to be a brief meeting with the clubs overwhelmingly voting in favour of the board members to continue in office.
According to OHA Treasurer Zuhair Al Ajmi, the meeting lasted just a few minutes and the representatives of the clubs voted in favour of the association board members without going into any other issues.
Speaking to Times Sport immediately after the General Assembly, Zuhair Al Ajmi said: “The meeting started on time and it didn’t last long as they voted in favour of the association, showing trust in the board members.”
Of the 24 clubs affiliated with the OHA, 19 attended the meeting. While 15 voted in favour of the board, four voted against.
“We would like to thank the clubs for showing trust in us. Obviously we are all happy because the majority of the clubs have decided to support us. That means they are happy with the way we are running the association,” Zuhail said.
“They have given us the support to continue with our good work. Now we will continue to work hard and continue with our good work for the betterment of hockey,” he said.
The term of the current board is scheduled to end in over four months.
“We will have the next General Assembly either in October or November, when we will also have association board elections. Then the clubs will have another chance to vote in favour of the candidates whom they think will be good for Oman hockey.”
Asked why the members failed to take up the key issues of financial and technical reports during Wednesday’s meeting, Zuhail said ‘the discussion on such issues was not on the agenda of the meeting, which was called only to have the trust vote’.
Zuhair also refused to comment on the resignation of Sheikh Saif Al Rahbi and Mohammed Redha Taqi Al Lawati while also refusing to speak on the possible replacements.
However, it is believed that Said Al Darmaki, a member of the current board who has a long association with Oman hockey, is likely to take over the acting general secretary.
Meanwhile, it is also learnt that OHA board has ended their association with technical advisor Mohie Saad Al Zaghlool.
Mohie Al Zaghlool, while confirming the news, told Times Sport ‘things have changed in the last couple of years and there has been no proper co-operation and co-ordination in the association.’
Though Mohie refused to reveal his next plan of action, according to sources the long-serving technical advisor is said to be considering ‘some sort of action’ against the board.