Policeman killed by militants in Pulwama 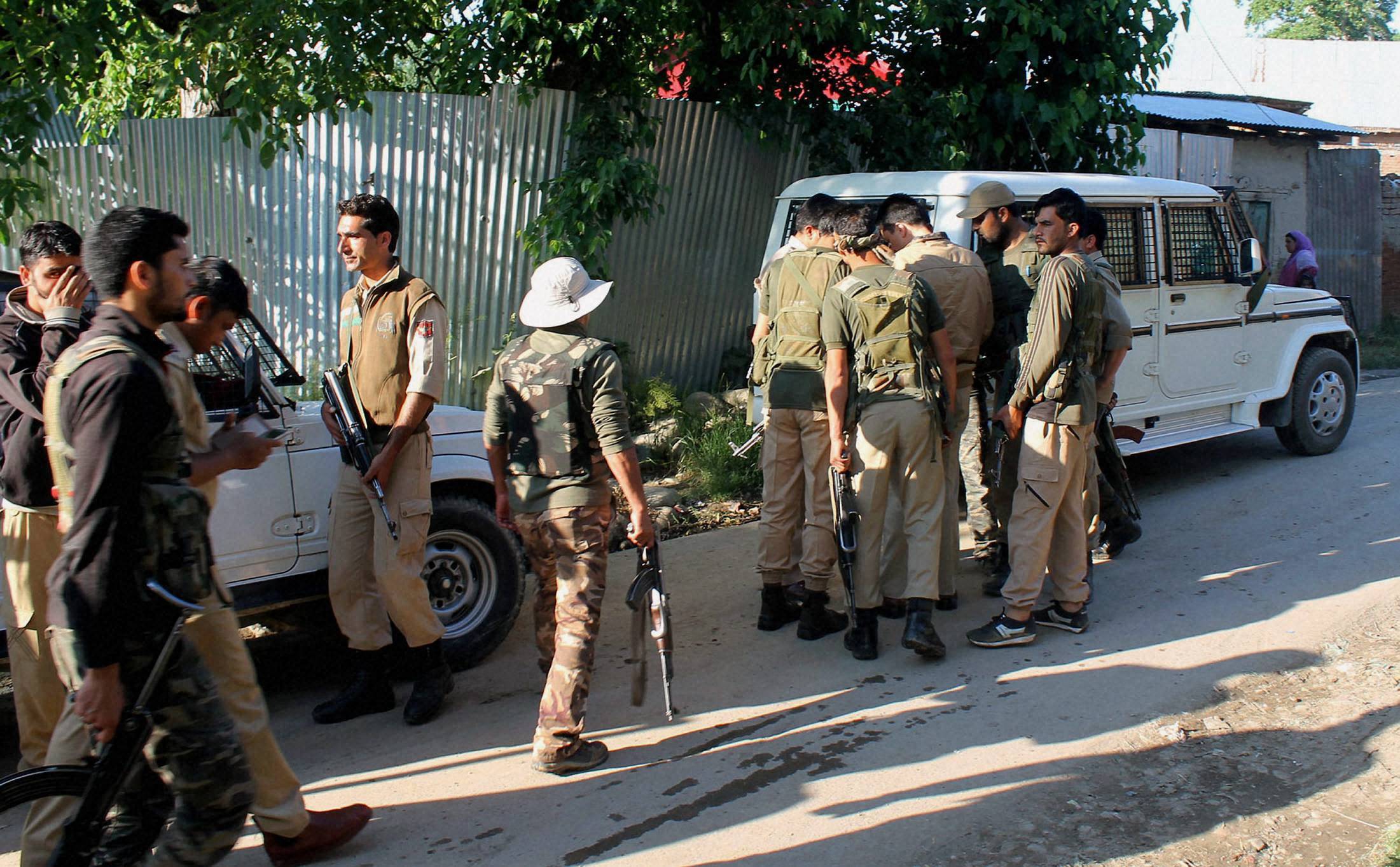 Srinagar: A policeman was on Wednesday killed as militants struck at the security guards of a former MLA in Pulwama district, about 35 km from here, two days after three cops were gunned down in twin attacks in capital Srinagar.
The incident took place in Monghama village where the former National Conference MLA Ghulam Mohiuddin had gone to attend a marriage function, police said.
His Personal Security Officer (PSO) Shabir Ahmad and another guard were waiting in a private car outside the venue when three pistol-borne militants struck, a police officer said.
The militants tried to snatch the service rifle from the PSO which led to a scuffle, the officer said, adding in the process, Ahmad received minor injuries on the face. Militants then fired a few shots, resulting in injuries to constable Riyaz Ahmad Ganie. He was hit in the throat and succumbed to his injuries later at a hospital, the officer said.
The militants fled from the site along with the weapon of the PSO taking advantage of the panic which followed the shooting, he said.
A hunt has been launched to nab the militants and recover the weapon, the officer said. No militant outfit has so far claimed responsibility for the incident which comes two days after three policemen were shot dead in twin attacks in capital Srinagar. While two policemen were killed by militants in an attack at Zadibal locality of the summer capital on Monday, another policeman, who was guarding a protected person, was shot dead at Tengpora locality of the city the same day and his service rifle was also snatched.