Need to be mentally tougher for international cricket: Dhawan 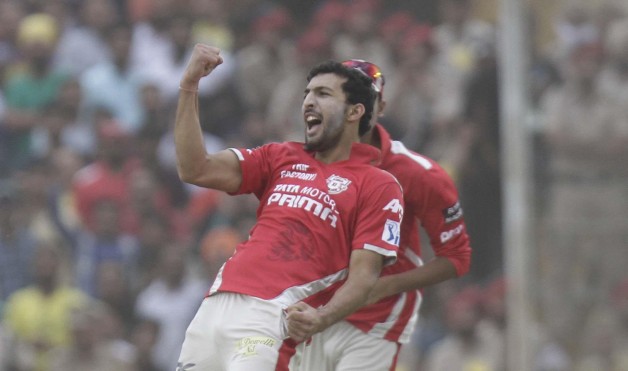 New Delhi: Rishi Dhawan has realised that international cricket demands unwavering mental toughness and he would like to believe that he has overcome the mental demons of the Australia tour ahead of a crucial trip to Zimbabwe next month.
Dhawan, despite only playing a couple of games for Kings XI Punjab this IPL, has managed a spot in the second string squad for the three ODIs and two T20 Internationals in Zimbabwe, beginning June 11.
"I did not get to do much in IPL but I was expecting to be picked. I had done well in Ranji Trophy and Vijay Hazare and I was confident that I will be rewarded for consistent performances in domestic cricket," Dhawan told PTI on Wednesday.
The poster boy of Himachal cricket might be a consistent performer on the domestic cricket but he did not take much time to realise that playing for India is a different ball game.
Dhawan played three out of five ODIs in Australia. While he did not get to do much with the bat, his effort with the ball was nothing to write home about as he ended up conceding 160 runs off 25 overs.
"The Australia experience taught me a lot. I picked up a lot of things just by watching how seniors train in the nets. There were times I felt the pressure and nerves and since then I have focussed a lot on the mental side of the game.
"Having said that, I gave my best in whatever chances I got and that I will try to do the same in Zimbabwe," said the 26-year-old from Mandi.
While he is satisfied with his progress with the bat, Dhawan has worked a lot of late on increasing his pace.
"Last two months I have been working a lot on my bowling. I have made a conscious effort to increase my pace. The chats with Bharat Arun sir (bowling coach) in Australia also gave me confidence. Since swinging the ball is my strength, he just advised me to bowl in the good areas and do that consistently," he said.
Constant travelling after back-to-back games Down Under did not allow Dhawan to spend a lot of time with the seniors of the team. He stayed back with the T20 squad as a replacement for injured Bhuvneshwar Kumar but did not get a game and was later ignored for the World T20.
Asked about not being picked regularly in IPL this season, Dhawan said it was the management's call.
On the Kings XI Punjab finishing last for the second season in a row, he added: "We could not get the combinations right from the start. T20 is a game of momentum and we were not able to get that momentum. We did play well in the last few games but overall it was disappointing".
In the end, he was all praise for the newly elected BCCI boss Anurag Thakur, who also hails from Himachal. "He has already done a lot for Himachal cricket. We have all the facilities in the state and I see a lot potential in the juniors."