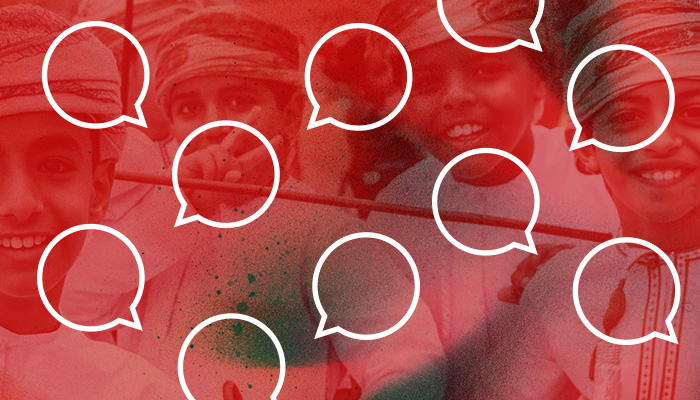 Learning our mother tongue teaches about the importance of home, and all that we stand for, something all of us can connect with on International Mother Language Day.

The thrill you get on hearing your language being spoken while walking through a foreign city is not easy to match.

It comes in the form of a familiar whoosh from the pit of your stomach and ends – gently, almost – in your head.

It is this special nature of the languages all of us have taught from birth that we wished to highlight on this day, International Mother Languages Day, which falls on 21 February every year.

The feeling of home one associates with a mother tongue when heard overseas can be best explained by Elnaz Valaei, an English language professor at the Arab Open University. An Iranian by birth, she is part of the country’s ethnic Azeri minority, and learned to speak her mother tongue at home, while being taught Persian at school.

Encouraged to read from a young age, she also speaks French, German, and is able to freely converse with Turkish speakers, thanks to the commonalities it shares with Azeri.

“To me, languages don’t just mean I have a skill or a capability, but it is rather a way to communicate with other people,” Elnaz said. “Languages help us converse with people who we cannot understand otherwise, and offer us the chance to share our experiences with one another. This shared understanding is very important, because it helps broaden our minds and opens us up to new perspectives.”

One particularly poignant moment involving her experiences of Azeri took place while on a visit to Germany.

“I was in this small town in Germany, just wandering about, when I heard an old couple converse with each other in Azeri,” she recalled. “I was surprised to hear my mother tongue, so I followed the voices, and greeted them in my native language. It was so great to speak with them. It showed me that despite being so far away, it is easy to remind yourself of home.”

This is a sentiment agreed with by the ambassador of Sri Lanka to Oman, OL Ameer Ajwad. His homeland is the only one in the world where Sinhala is spoken. It is the dominant language on his island, but shares many similarities with South Indian languages such as Tamil, which is also spoken in his country.

“When you hear your language spoken overseas, you cannot help but feel homely,” he said. “That is the power of a language. It truly helps cut across borders. In my country, the government has given equal representation to both Sinhala and Tamil. Students who have Sinhala as their first language have to learn Tamil in schools, and vice versa.”

The ambassador’s views on mother tongues seem to resonate with his fellow diplomat from his northern neighbour, India. Sangeeta Dubey, of the Embassy of India in Muscat, feels teaching children their mother tongue at a young age helps improve their mental development and communication skills.

“At the time when children develop their mother tongue, a simultaneous development of a host of other essential skills such as critical thinking and literacy skills takes place in them,” she said. “It actually builds up a child’s social, personal and cultural identity.

“The mother language has a very powerful impact in the formation of the individual,” Dubey added. “When parents communicate in their native language, they are able to communicate and express emotions, and children develop those skills too. Other than effective communication, a mother tongue enhances speech and cognitive development.”

India is home to tens of thousands of mother tongues: the country which decided to divide itself into state lines on the basis of language had, in a census in 2018, listed more than 19,500 dialects spoken as mother tongues. This diversity in languages, says embassy employee Tushar Garg, is among the biggest symbols of his country.

“India is a heterogeneous country home to an overwhelming number of different cultures and languages,” he said. “Yet, in some incredible way, Indians consider themselves as part of the same nationality when they meet and greet each other.”

Among the languages spoken most prominently in India is Hindi, one that is featured on all national symbols such as passports, currency and government notices. Shop signs across the country are also not just bilingual in both Hindi and English, but have instructions and lettering in state languages as well.

“The importance of Hindi in building a vibrant national discourse and safeguarding constitutional values cannot be underlined enough,” Garg said. “Admittedly, it is just one of the many Indian languages, but it is too geographically vast, culturally diverse, commercially viable and electorally dominant to be ignored.”

It is this cultural importance of a mother tongue that people across the world find in their languages. An Austrian national, Theresa Lunardon-Monteiro runs the local branch of the Goethe Institute, which offers courses on the German language and culture. To learn a language, she says, is to learn of a way of thinking and a different culture.

“The mother tongue is the language of the heart,” she said. “Learning this gives us an opportunity to be comfortable with our origins, the people associated with it and also it gives us a chance to display these qualities and stay confident once we grow up and explore the world.

“The strong economics related to this language give an opportunity to get introduced to German-speaking people, and it gives us immense pride in speaking, listening or even promoting this language overseas as it connects us strongly to our roots,” she added.

Not too far from the Goethe Institute is the Centre Franco-Omanais, which promotes France and French culture in a similar manner. The centre’s communications manager, Iann Chazal, is also proud that more than 50 percent of English vocabulary reportedly comes from his mother tongue.

“French is a rich language and considered the voice of culture,” he said. “Being able to speak French is to be able to speak of fashion, gastronomy, arts, architecture and science all over the world. Learning another language helps awaken your curiosity about other cultures.”

While mother tongues do definitely have a place in people’s cultures, French, German, and most importantly, English, are some of the most popular second languages being learned today. An increasing number of Omanis know the value of English, and often attend professional classes to brush up on their speech.

“English allows the speaker to communicate with people from another culture on many different levels: socially, in business, personally – it allows the user access to parts of that foreign culture they wouldn’t otherwise have,” said Colin Cornwell, the head of the English language department at the Polyglot Institute. “News, the internet, technology, entertainment, and social media are all often delivered through or use the medium of English as the common denominator.”

Nevertheless, Omanis will make sure they are just as capable in learning Arabic as well, because the significance of their mother tongue has been handed down to them through the ages, according to Jassim Al Balushi, the deputy head of training and professional development at the National University of Science and Technology.

“This is something we are taught all the way through school,” he said. “All of our main lessons are taught to us in Arabic: English only comes in later. This sort of approach is taken so that we learn the importance and values of our way of life first: that is what a language truly stands for.” – [email protected]