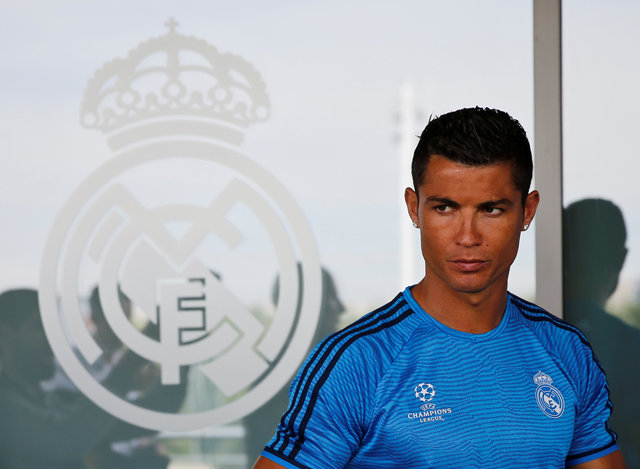 Madrid: Cristiano Ronaldo has urged Real Madrid to renew his contract and said he wanted to see out his career in the Spanish capital.
Ronaldo's immediate future at Real has been in doubt all season, with speculation growing throughout the year that he was plotting a move to Paris Saint-Germain but the prolific Portuguese has now made it clear he wants to stay at the club.
"Real Madrid would be making a smart decision if they offered me a new contract," Ronaldo told Spanish television programme La Sexta on Wednesday.
"I want to stay here, there have been good moments and bad moments. Four years ago I wasn't happy here but now I am and I can't think of a better club to be at than Real Madrid, there's no team like it. The other clubs can forget it."
Ronaldo overtook Raul Gonzalez as Real's all-time top scorer earlier this season and on Saturday will be hoping to inspire the team to their 11th European Cup success when they take on Atletico Madrid in the Champions League final in Milan.
Ronaldo signed a contract extension with Real in 2013 keeping him at the club until 2018.
A year before penning the new deal Ronaldo declared in a post-match interview that he was "sad" at Real Madrid and he recalled that moment on Wednesday, while reiterating he wanted to stay.
"I've had good moments, and bad ones. That's life. Four years ago I wasn't happy because I didn't like certain things that were happening," he said.
"But now I really am happy and I want to stay at this club because I don't see any club which is better than Real Madrid. If you weigh everything up, there's nowhere better."
Last year Spanish media speculated that Ronaldo was pushing for a move to PSG after a jovial exchange with their coach Laurent Blanc when Real played the Ligue 1 side but he said on Wednesday he was not interested in joining the French champions.
He added: "Everyone should just forget about it. Because Real Madrid is the best."