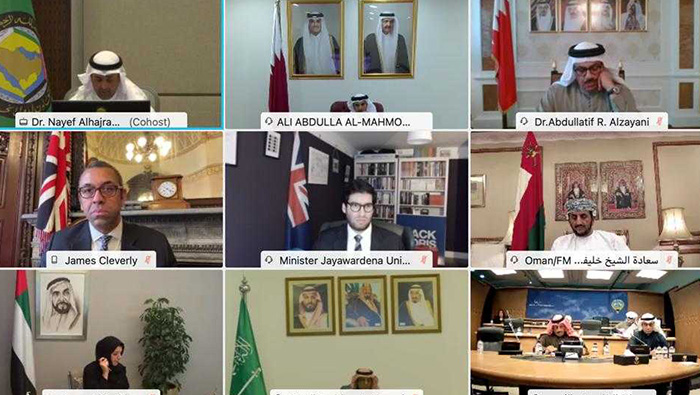 Muscat: Oman took part in the joint ministerial meeting held via video-conferencing between the Gulf Cooperation Council (GCC) countries and the United Kingdom (UK) on Monday.

The Sultanate was represented in the meeting by Sheikh Khalifa Ali Al Harthy, Undersecretary of the Foreign Ministry for Diplomatic Affairs.

During the meeting, the GCC side in the meeting was headed by Dr Abdullatif Rashid Al Zayani, Minister of Foreign Affairs of the Kingdom of Bahrain, Chairman of the GCC Ministerial Council for the current term whilst it was chaired from the British side by James Cleverly, Minister of State for Middle East and North Africa.

The meeting touched on relations of cooperation between the GCC countries and the UK and means of enhancing them in various fields, as well as exchanging views on the regional and international issues of common interests.