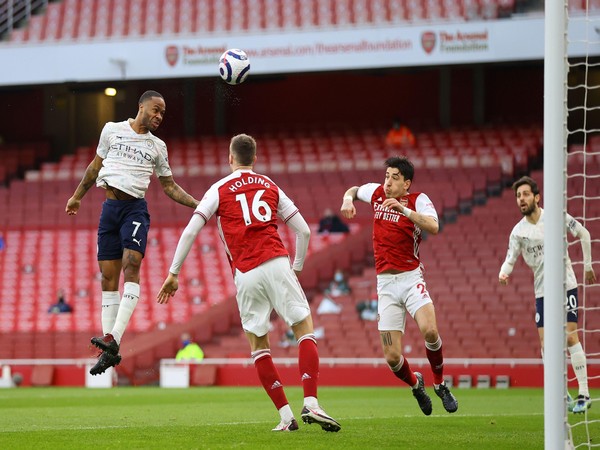 London: Manchester City maintained their winning run in the Premier League after securing a 1-0 win over Arsenal here on Sunday.

With this victory, Manchester City made it 18 straight wins in all competitions and equalled the club record 11 consecutive away victories. Also, it was their 13th consecutive Premier League victory. In the 2nd minute, Raheem Sterling leapt high to nod in Riyad Mahrez's right-wing cross and it proved to be decisive as Manchester City consolidated their top position on the Premier League table.

Sterling could have scored twice more in the first five minutes while Ilkay Gundogan was denied by Bernd Leno, who tipped away his 56th-minute shot. At the other end, Mohamed Elneny drove wide after some hesitancy in the City defence with 17 minutes left.

Pep Guardiola's men will next play against Borussia Monchengladbach in the Champions League on February 25.