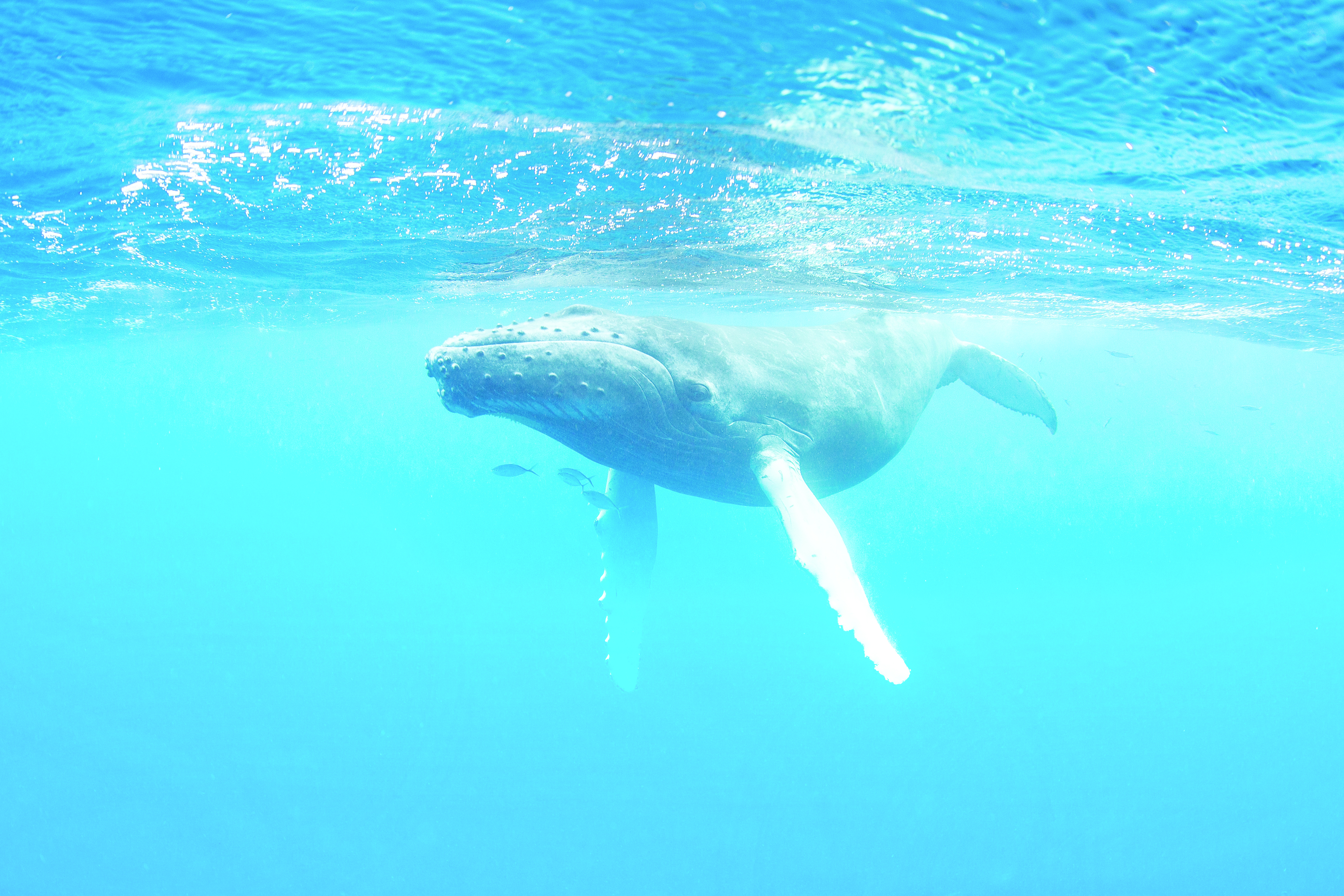 These enormous animals are bigger than the largest dinosaurs, bigger than any animal that has ever lived on Earth. Amazingly, these endangered giants reach this size by feeding almost entirely on tiny, shrimplike crustaceans called krill. Although whales breathe less often than other mammals, they still need air to live. They breathe through a blowhole or nostril on the top of their heads.
Where in the world?
Blue whales are found in oceans around the world. They feed for months in polar waters before migrating to the equator to breed and give birth. Blues usually travel in small groups, in pairs or alone. During migration, the whales eat little or nothing, surviving on body reserves for four months or more.
Communication
The blue whale is not only the largest animal on Earth; it is also the loudest.
What’s for dinner?
Blue whales are toothless baleen whales. They strain their food from the water using 260 to 400 thin, fringed plates called baleen, which hang from each side of the mouth. A whale takes huge gulps of water and krill, closes its mouth and, using its sieve like baleen as a kind of filter, squirts the water out and swallows the krill. During the feeding season, a blue whale eats more than 4 tons (3.6 metric tons) of krill daily. Sometimes, two whales will work together to catch the krill. One whale will use its body to block the prey, forcing the school of krill into an easy-to-eat group.
Weighing in
Blue whales are born weighing about 3 tons (2.7 metric tons). The calf nurses on its mother’s milk for several months and gains about 200 pounds (91 kilograms) every day. A full-grown blue whale weighs in at about 200 tons (181 metric tons).
On the brink
The whaling industry of the early and mid-1900s destroyed almost 99 per cent of the world’s whale population. Some populations have increased since the 1960s, but the species remains vulnerable. It is estimated that 10,000 to 25,000 blue whales swim our oceans today.
Diving habits
While sperm whales will dive thousands of feet deep, blue whales dive no deeper than about 300 feet (90m). This may be because the whales’ food source of krill lives at shallow depths, and because blue whales need to surface often to breathe.
Threats
As you might expect, an animal this large has few predators, but sharks and killer whales have been known to attack them. Environmental changes, including habitat loss and toxins, are challenging this cetacean’s survival. Also, climate change is having a disastrous impact on krill populations, the blue whales’ major food source. Ship impacts and getting tangled in fishing gear are additional.—[email protected]