Siemens has helped Oman save 31% of gas in power generation: CEO 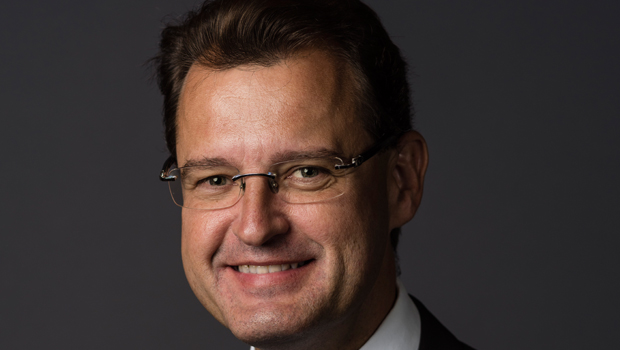 Muscat: Siemens Technology has helped Oman save 31 per cent of gas in power generation, a senior company official said.
“The latest three power plants in Oman utilise Siemens gas turbines. Because of the new technology that we brought in terms of high efficiency, I think saving 31 per cent of gas is really something we contributed to,” Markus Strohmeier, chief executive officer (CEO) of Siemens LLC in Oman told the Times of Oman in an exclusive interview.
The Germany-headquartered Siemens is one of the largest engineering companies in Europe and aims to develop a strong foothold in the Sultanate.
Strohmeier added that Siemens has been working a lot on the new MoUs inked between Petroleum Development Oman (PDO) and the Public Authority for Electricity and Water (PAEW), and between PDO and the Nama Group to improve the security and reliability of the Sultanate’s electricity network.
“We have been working on this with all the players to see the benefits of such interconnections. Because of the country’s power generation (using oil and gas) being connected through a national 400kV transmission, only we use the highest efficiency power plants and PDO can keep the low efficiency units in back up. This will generate huge gas savings. What we bring to Oman is innovation in terms of saving gas, oil, labour, power and that is basically contributing to cost saving and making Oman more competitive,” he added.
The Siemens CEO revealed that the company also plans to promote small power generators (2megawatt (MW) to 50 MW-capacity).
“There are so many villages that run on diesel power. The Rural Areas Electricity Company (Raeco) in Oman is still running diesel power plants in some areas, which come with some disadvantage. Low efficiency, high affordability and high maintenance, and lots of fuel to store and transport. We are offering them new gas turbines. Gas turbines that can also burn diesel. They run on dual fuel. It has less hassle and higher efficiency than the current generation,” Strohmeier said.
Asked if the company is bidding for new projects, he said; “A lot is going on. It’s an exciting time here. We have products that are simply offering more efficient higher quality and less cost. We are quite happy with the progress in Oman.”
He further said Siemens LLC was founded in Oman ten years ago and “every year is better than the year before. For us, Oman is a better place to be in. And we are excited.”
Strohmeier rejected the estimated growth figures in the Middle East and North Africa (Mena) region, which some assess could hover at around only 3.5 per cent till 2018.
“I don’t like these figures. This GDP measurement has been created probably 100 years ago. The GDP percentage doesn’t measure...for example, does it include software development? Does it include contributions of a knowledge-based society, if someone is sitting at home and has developed an app. The GDP percentage doesn’t measure this,” the Siemens official stated.
“They only measure, if you have a real company and you pay taxes, you arrive at these percentages. But if you have an app and you sell it through someone else in a different country, it never hits the GDP of the country where you sit, so all of this GDP measurement is ancient. There is a hidden economy taking enormous sizes. What we have been measuring for hundreds of years hasn’t changed. There is another economy as well,” he explained.
The Siemens official also stated that Oman has great potential for investments in power because of the increase in the population and size of the country.
“Population growth is key driver here. In Europe, population growth is stagnant. Of course we have a smaller influx, but the birth rate is low. We are stagnant. But in Oman we have enormous growth...everyone needs a new home, needs their own electrification,” he stated, adding “The over 8 per cent growth in power consumption will continue into the next decade here. You can’t see this in the European Union or America. The power sector is growing in Oman and the way it’s served will change in future. Different technologies are coming in.” “For us it’s an interesting market. We are hoping for new projects in innovative technologies, and we want to bring efficiency in the oil and gas sector...there are so many innovative products we can bring to Oman,” CEO Strohmeier said.
Digitalisation
Terming ‘digitalisation’ a next game changer in Oman, the Siemens official said lots of cost-cutting could be done if technology is adopted.
“In digitalisation, we are collecting all data and we evaluate,” he said. “For example, in a hospital, all of our devices have sensors which can constantly report to remote monitor centres. We take data, evaluate it, then we could compare and know when it breaks down or when is the lifetime approaching.”