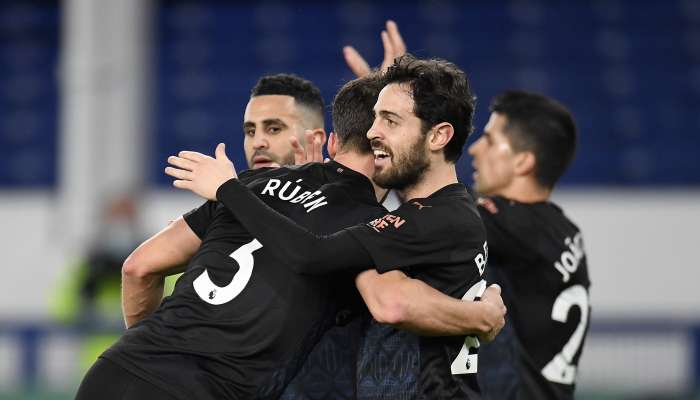 Liverpool: Manchester City defeated Everton 3-1 in the Premier League and the victory saw them script a new record as they became the first team to start a calendar year with 10 top-flight victories in a row.

"Man City have won their first 10 #PL matches in 2021, the longest-ever winning run by a team from the start of a calendar year in top-flight history," Premier League tweeted. With this victory, Manchester City also moves 10 points clear at the top of the Premier League table. Pep Guardiola's men now have 56 points from 24 games.

During the match, Phil Foden scored the opening goal, putting Manchester City ahead in the 32nd minute. However, Everton made it 1-1 five minutes later through Richarlison. Both sides fought hard but failed to take a lead as the first half concluded on 1-1.

Manchester City managed to restore their lead in the 63rd minute when Riyad Mahrez scored a stunning goal. Bernardo Silva then added a third goal for Manchester City in the 77th minute.

Manchester City will next play against Arsenal in the league on Sunday.